Abolish capital punishment – Do not let it be normalized – Fairfax lawyer 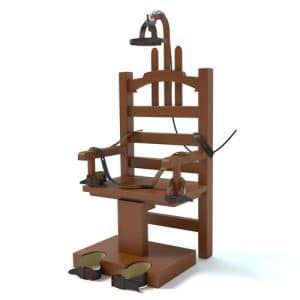 Abolish capital punishment – Do not let it be normalized – Fairfax lawyer

Abolish capital punishment. As a Fairfax criminal lawyer including murder defense in my law practice — and since before law school — I have fully supported the abolition of the death penalty.

Fairfax criminal lawyer against whitewashing the brutality of capital punishment

I refuse to join efforts to sweep the death penalty’s injustice under the rug. When a criminal defense lawyer called seeking my financial support for his ultimately-failed campaign to join the Virginia legislature, he fully alienated me by minimizing my question whether he would fight to end the death penalty, by replying that such a turn of events will never happen, and then moving onto his own preferred conversation agenda.

When a lawyer touts the great experience one can gain as a prosecutor, I sometimes point out the downsides of being a prosecutor in a state (and in the federal system) where capital punishment has not yet been abolished, let alone such other downsides of prosecuting as participating in draconian statutory schemes for pretrial detentionn/ bail/ bond, mandatory minimum sentencing, and criminalizing activities that should not be criminalized (for instance marijuana, prostitution and gambling).

After a colleague excitedly invited me to an upcoming William L. Winston awards luncheon for former prosecutor Helen Fahey, touting her purported pioneering work with DNA evidence (which also led to her office’s obtaining a death sentence) and seeing that the Arlington Bar Foundation’s Facebook page is also touting that DNA background, I penned a reply on my law firm’s Facebook page along the below lines:

A fellow lawyer urged me to attend next month’s award luncheon for lawyer Helen Fahey, touting her pioneering work with DNA evidence.

This award to Helen Fahey and the accompanying touting of Ms. Fahey’s obtaining a capital murder conviction by DNA evidence (Ms. Fahey praised this death sentence ) is not at all an award in my name.

This convicted capital defendant Timothy Spencer was executed in the electric chair in 1994 (apparently for a separate capital conviction in another Virginia county), when Virginia along with Texas was the nation’s leading executioner .

The multiple murders for which Spencer was accused were horrific. One need not abandon support for the growing nationwide abolition of the death penalty to properly decry such brutality and to express sympathy for murder victims.

In my view for decades, the death penalty is brutal, used heavily by gross international human rights violators including China and Saudi Arabia (aside from capital punishment itself being a human rights violation), irreversible, the ultimate form of torture (and Amnesty International agrees), racist in application, and not a proven deterrent.

There is no humane form of capital punishment, and electrocution is far from being humane, including botched electrocutions rights into the late 1990’s (before states switched to lethal injection, which also involves botched executions). As Ms. Fahey’s obtaining of Timothy Spencer’s conviction by DNA evidence gets touted by leaders of the Arlington Bar Foundation, let us not forget that Mr. Spencer was executed in a then-leading capital punishment state with a then-recent history (from only two decades before) of severely racist institutional racism (for instance — and beyond Virginia’s decades of comprehensive Jim Crow racial segregation — criminalizing interracial marriage until the Supreme Court in 1967 put an end to that, and taking until the Supreme Court’s 1963 unanimous ruling to stop mandating racially segregated courtroom seating.)

Virginia criminal lawyer thanks Robert Morin, Barry Scheck and the other criminal defense lawyers successfully using DNA for their clients

The path of least resistance for many lawyers might be to simply attend bar events that will be well attended by very experienced lawyers and judges whom they want to get to know better. However, being a lawyer needs to mean that we all demand justice. Therefore, because I deeply feel the injustice and unconstitutionality of capital punishment, I repeat that this award to Helen Fahey is not in my name.

Fairfax criminal lawyer Jonathan L. Katz attended law school intending on using his law degree on the side of the angels. Jon knows that his criminal defense work is on that very path. To discuss your case with Jon Katz, please call his staff at 703-383-1100 to schedule a confidential consultation.