“It took a few people willing to risk everything” 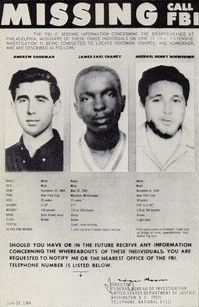 When I learn more about people who have courageously stood up for justice at great personal risk and cost, I am reminded why I joined and remain a member of the National Lawyers Guild, despite some of my fierce disagreements with the group (see here and here). This is the only lawyers group I know of that few if any people join to burnish their resumes, but that they join with a strong, and usually fierce, devotion to justice as they define it (even though my sense of justice is not going on a mission to North Korea without at least confirming to the government that the visitors still have strong reservations about the nation’s human rights abuses).

Thanks to the Guild’s home office for informing listserv members that courageous civil rights activist Mendy Samstein has passed away.

As covered in his New York Times obituary, among his many civil rights activities, Mr. Samstein organized hundreds of college students, most of them white, to register black voters for the Mississippi Summer Project in 1964. Today, registering minority voters no longer is dangerous nor controversial; people like Mr. Samstein made this current reality possible.

Mr. Samstein survived a 1964 bomb blast of a house in Mississippi. After seeing news footage of Mr. Samstein crawling out of the rubble, Abbie Hoffman was inspired to join the voting registration campaign in the South. The violence against Mr. Samstein continued, including being beaten by police at a stoplight. In 1966, he told an interviewer: “I curse this country every day of my life because it made me hate it, and I never wanted to.”

Civil rights activist Bob Moses recently told Mr. Samstein’s family that the 1960’s civil rights achievements in Mississippi were not obtained by huge numbers of people. “It took a few people willing to risk everything.” Achieving justice demands such sacrifices.