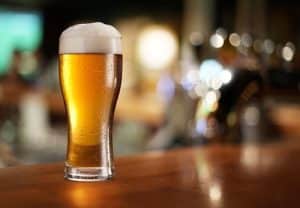 Bar and restaurant closings and all other Covid-19 business reductions have crippled too many people’s lives and livelihoods, and the economy. As a Fairfax criminal and DUI lawyer, I know that Phase III of further societal reopening — coupled with July 4 Independence Day weekend festivities — spells more arrests for DUI and other alleged crimes.

Virginia has an updated landscape for driving restrictions for DWI and refusal convictions arising from new Virginia legislation that took effect on July 1, 2020. This new state of affairs finally gives those receiving first-time DUI convictions the choice between no driving restrictions with one year of using the alcohol ignition interlock, and interlock removal after six months if opting to be burdened by restricted driving privileges. Va. Code § 18.2-270.1. However, that is not celebration-worthy enough to go to a bar followed by getting behind the wheel of a car.

On top of that, a first-time civil conviction for a refusal to submit to a breath or blood alcohol test no longer is a sentence of one year without any driving, but instead carries the opportunity after thirty days of sentencing to apply for a restricted license, to include a minimum of six months of the ignition interlock device. Va. Code § 18.2-268.3. Once again, that also is not enough of a cause for bar celebration.

Moderate beer, wine and alcohol consumption can be safe and fun, at least for those who are not alcoholics and who will not otherwise abuse alcohol. A liquor buzz is an altered state of consciousness that can make for an occasional enjoyable time at a bar or elsewhere with the right people in the right place at the right time. Of course, driving is the last thing one should do when experiencing a drug or alcohol-induced altered state of conscious. That makes it important to have the options of a designated driver and Uber / Lyft / taxi driver, at least if one is willing to be in such close confines with stranger drivers during the coronavirus.

Police are free to lie in wait to follow people leaving the bar right for their car ignitions. If enough of those people are designated drivers, fewer police will stalk bars for potential criminal defendant prey.

Repeatedly I urge people not to drive within twenty-four hours after consuming beer, wine or liquor, whether drinking at a bar or elsewhere. I repeat that mantra not to be a killjoy, law enforcement flag waiver, nor MADD surrogate (never in a million years). I say that to help potential Virginia DWI defendants avoid the misery in the first place of a driving under the influence arrest, prosecution and even conviction. If 24 hours is much too long for someone to get to a safe harbor against being under the influence, that is fine. Over covering risk is better than doing the opposite when it comes to such commonwealth criminal law.

Fight back against breathalyzer machine worship

Virginia DUI law does not condition per se blood alcohol level convictions on the breathalyzer testing readout rather than on the criminal arrestee’s actual blood alcohol level. However, unfortunately, Virginia statutory law presumes the reliability of breathalyzer test machines that are authorized for use by the Virginia Department of Forensic Science. Va. Code § 18.2-269. How to fight back against this ongoing breathalyzer-worshiping state of affairs during Phase III bar reopening? For one thing, after drinking at a bar or elsewhere, a Virginia DUI defendant should not make matters worse by submitting to the completely voluntary handheld breath testing machine that is used on the street, which needs to be distinguished from the Intox EC/IRII breath testing device at the police stations and jails that one must blow into if arrested on probable cause for committing DWI. The per se criminal drug levels for a Virginia DUI conviction are: (a) 0.02 milligrams of cocaine per liter of blood, (b) 0.1 milligrams of methamphetamine per liter of blood, (c) 0.01 milligrams of phencyclidine per liter of blood, or (d) 0.1 milligrams of 3,4-methylenedioxymethamphetamine per liter of blood. Va. Code § 18.2-266.

Next, a Virginia DUI arrestee should take notes soon after being released from arrest, about such factors as when the defendant consumed liquor in a bar or elsewhere, whether the breath technician checked his or her mouth for foreign substances at least twenty minutes before blowing into the machine, and whether the breath testing technician ever lost keeping an eye on the DWI suspect for at least twenty minutes before blowing into the machine, lest s/he put any foreign substances in the arrestee’s mouth. Finally, on the Virginia DUI arrestee’s part, s/he should within 48 hours of release take three successive close-in-time dates of mouth temperature readings according to my instructions here, because body temperature over 34 degrees celsius can raise a blood alcohol reading.

The 0.15 threshold difference between criminalizing blood alcohol level from the time of driving versus at the time of submitting to a breath test

Will I go to jail if convicted of driving under the influence of alcohol or drugs in Virginia?

Some of the chief concerns my Virginia DUI clients raise is the risk of jail (and possible sentencing ranges), loss of driving privileges, and harm to one’s livelihood, security clearance / public trust, immigration status, and reputation. Whether one gets active incarceration time for a DUI conviction depends on such factors as mandatory minimum sentencing law for repeat offenders and minimum blood alcohol content thresholds, the Virginia criminal defendant’s record, individual circumstances of the case, the blood alcohol level reading, whether a collision was involved (and the severity of the collision and causation or not from alcohol or drug consumption), and the prosecutor and judge and any jury involved. In other words, always be trial-ready in case settlement negotiations are not successful. One thing is for certain, which is not to make matters worse by ever against getting behind the wheel after consuming alcohol at a bar or elsewhere.

Do not expect to find judges and prosecutors who take drug and alcohol-impaired driving lightly, no matter the reason for being at a bar or drinking elsewhere. Obtain a qualified lawyer, work closely as a team with that lawyer, ask your lawyer what proactive steps you might take to reduce the harm you might face in your case, and pursue the self-rehabilitative steps recommended by your attorney.

Virginia DUI lawyer Jonathan L. Katz has successfully defended hundreds of DWI defendants charged with driving under the influence of drugs, alcohol or both. Call 703-383-1100 for a free in-person consultation with Jon Katz about your court-pending DWI or criminal case.