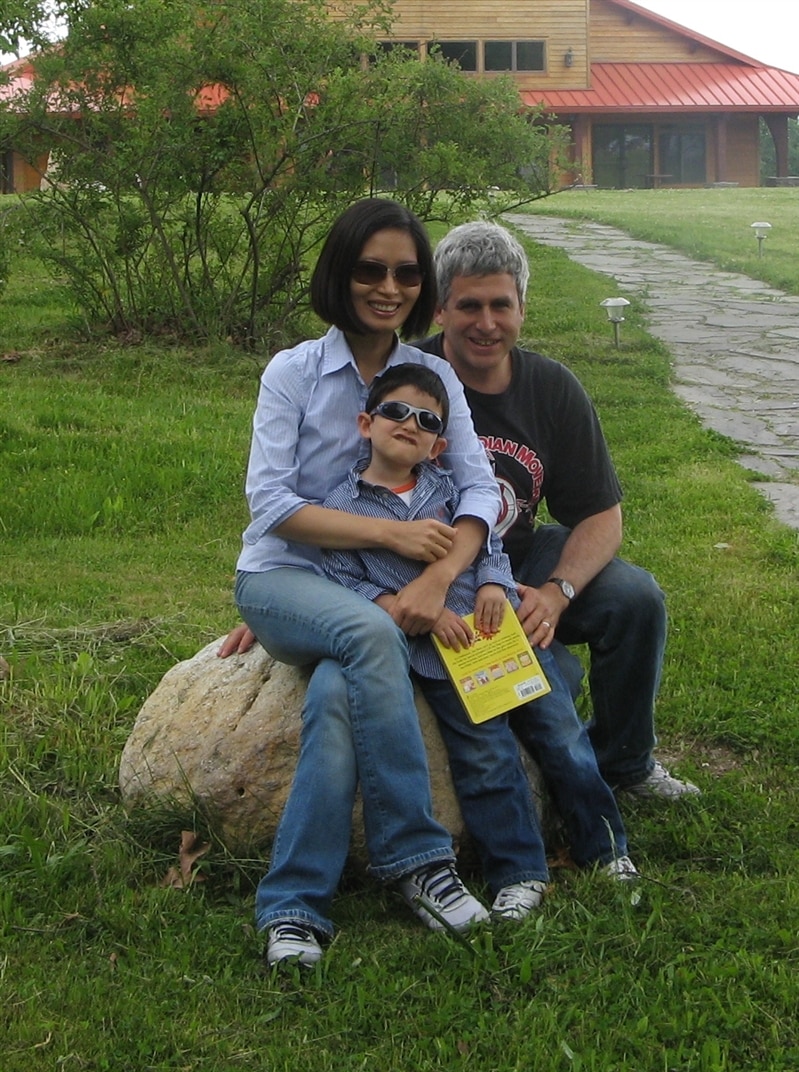 With my family in front of Blue Cliff Monastery’s largest meeting hall. 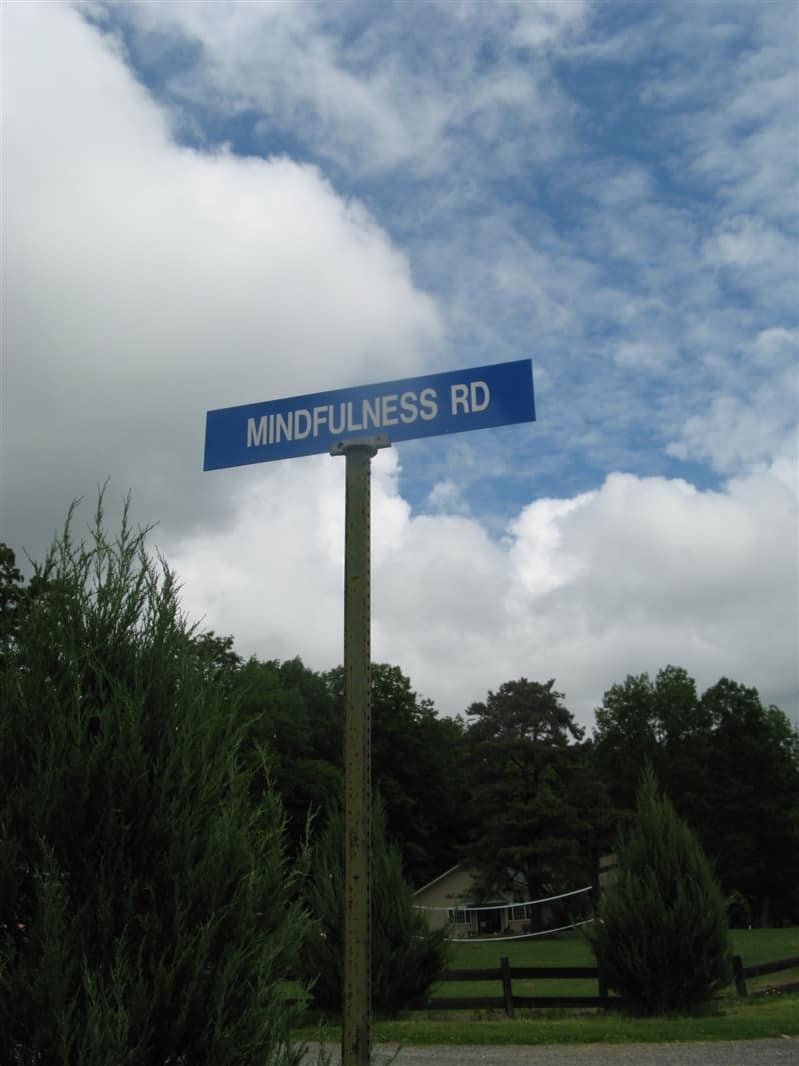 A nice alternative to Kerplunk Avenue.

As much as t’ai chi and meditation are great internal methods for achieving powerful harmony, it is great to reconnect with quiet and beautiful natural surroundings among dozens of people into the same.

My family experienced all of that this past weekend through a wonderful and peaceful maiden voyage to the Blue Cliff Monastery, around eighty miles north of New York City, during the celebration of the Buddha’s birthday. We followed this up with a visit to the spectacular views at the Mohonk Preserve.

I came to Thich Nhat Hanh (also known as Thay) and non-attachment/non-dualism through my obsession with overcoming my obsession over my mortality (read what he says about that). I simultaneously learned, largely through my practice of t’ai chi and related lessons, that fearlessness of death leads to more power as a person and persuader; that fear of death increases the risk of sickness and death, including through stress-induced ailments; and that fear of death and other harm increases the chances of having one’s head lopped off by the opponent’s proverbial samurai sword. Moreover, one who hesitates can die, or at least suffer severe defeat. One who fears can die, and fear breeds hesitation.

Around five years ago, I came across Thich Nhat Hanh’s “Contemplations on No-Coming and No-Going”, which restates in powerful brevity the centuries-old practice of non-attachment/non-dualism.

Whereas a hallmark of the Dalai Lama is a wonderful childlike playfulness that enhances the delivery of his serious messages, Thay’s hallmark is smiling serenity. When he visited Blue Cliff Monastery last year, Thay produced dozens of beautiful calligraphies on rice paper that are sold for fundraising at the monastery’s bookstore. I bought one with the words “Breathe and Smile” inside a Zen / Enso circle. This poster underlines a critical lesson for me, after years of focusing intensely on individual liberties often without balancing that with time and focus to enjoy myself along the path, other than to enjoy the victories and helping others. As Thich Nhat Hanh has said: “Smiling is very important. If we are not able to smile, then the world will not have peace. It is not by going out for a demonstration against nuclear missiles that we can bring about peace. It is with our capacity of smiling, breathing, and being peace that we can make peace.”

One thing I liked about my visit to Blue Cliff is that nobody tried to convert me to any religious nor philosophical view. As the Dalai Lama has said: “For those who may not find happiness to exercise religious faith, it’s okay to remain a radical atheist, it’s absolutely an individual right, but the important thing is with a compassionate heart — then no problem.”