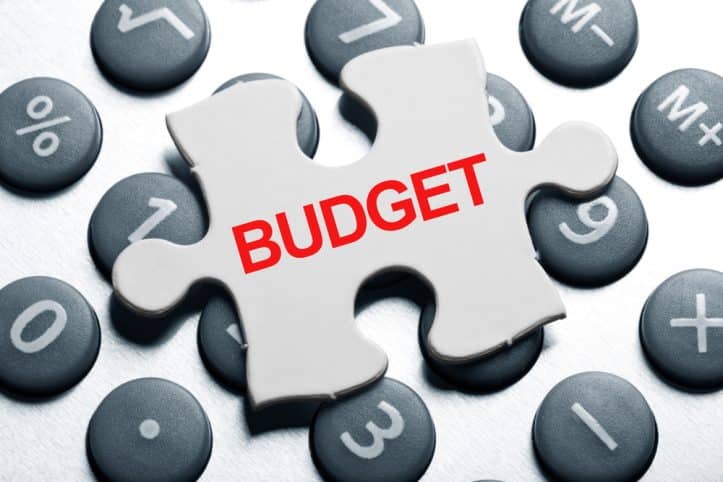 Budgeting for your DWI defense means sending your Virginia DUI lawyer to battle with a proverbial submachine gun, not a water pistol.

Budgeting for your DWI defense means sending your Virginia DUI lawyer to courtroom battle with a proverbial submachine gun rather than a water pistol, ready to do the job by a progression of threat by display,  whacking the opponent, firing individual bullets, and spraying a barrage of ammo. As a Fairfax DUI lawyer, I know that every Virginia DUI defendant being prosecuted for alleged driving under the influence of alcohol and/or drugs under Virginia Code § 18.2-266 knows their financial resources and borrowing sources, and the value they place on their defense. A key is to bridge the gap between the value the defendant currently places on their defense and the value that is wise to put on their defense.

The police officer who arrested me for allegedly committing a DWI offense reassured me that I will come out okay in court. Why, then, should I be budgeting much for my Virginia DUI lawyer?

Even if the police officer who arrested you for an alleged Virginia DUI offense sincerely tells you that your case is no big deal and that you will not be hurt much in court, consider the course of that “advice”. That same police officer is backed up by his or her police department, joining forces with the prosecutor’s office. Who is on your team? Nobody until you obtain a qualified Virginia DUI lawyer through sensible budgeting.

Just because I need a Virginia DUI lawyer, must I break my bank account to hire one, rather than to choose the really inexpensive lawyer whose pricelist just arrived in the mail?

Everyone needs to work within their financial realities and budgeting. On the other hand, being pennywise and pound foolish in choosing your Virginia DUI lawyer can cost you in untold ways if other lawyers are better suited to obtain an acquittal, more favorable settlement negotiations, more favorable setting, and better protection for your reputation, livelihood, security clearance, professional licensing and immigration status. As this article begins, send your Virginia DUI lawyer to battle with a proverbial submachine gun, not a water pistol. I, myself, am not going to the courthouse battlefield without being fully armed with my experience, knowledge of the law, passion for my client and his or her cause, and intelligence through obtaining and thoroughly reviewing key evidence from such sources as the evidence provided by the prosecutor’s office pursuant to the governing discovery rules and the Supreme Court Brady v. Md. requirement for prosecutors to disclose exculpatory evidence to the defense.

My blood alcohol concentration (BAC) test is a 0.14, and I know the prosecutor is going to offer me a no-jail plea. What difference will a lawyer really make?

If your Virginia DUI prosecution involves no mandatory minimum sentencing risk, no aggravating factor of a collision, and no aggravating factor of allegedly excessive speed, your lawyer can tell you whether your risk is low to close to nonexistent of no active jail time even if you lose at trial. If the latter is the case, why not simply take your case to trial rather than pleading guilty or no contest to the lead charge of driving under the influence of alcohol and/or drugs? Budgeting sufficiently for your defense can give defensive meaning to such a fight.

Feel free to ask your Virginia DUI lawyer or potential lawyer what mandatory and voluntary financial exposure you need to be budgeting for in your DWI defense, including attorney fees in the General District Court and on appeal, fines and costs, and such expenses as a court reporter and an expert witness (for instance in forensic toxicology). Once you know these dollar variables, you will be better equipped to decide if you wish to take advantage of such optional expenses as a court reporter and a forensic toxicology expert. Of course, if your lawyer wins your case, you pay no court fines and costs, which offsets your payment to your lawyer.

Leveling the playing field by proceeding fully armed to court

When you are budgeting to be fully armed to court against your Virginia DUI prosecution with a qualified lawyer, you are leveling the playing field, and hopefully even reversing the playing field. You did not choose to be prosecuted, but now that you are a defendant, it is time for you to fully fight this prosecution, no matter how innocent or not you think you are.

Fairfax DUI lawyer Jonathan Katz focuses around one third of his law practice to DWI defense and 99% of his practice to criminal defense overall. Jon Katz is a natural born fighter who does not let go of goal of obtaining the best possible court outcome for you. Call 703-383-1100 for your free in-person consultation with Jon about your court-pending case.