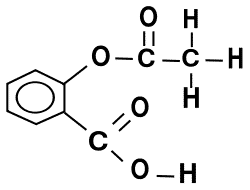 Chemist reports are hearsay evidence. (In the public domain).

Last month. the District of Columbia Court of Appeals held that a drug chemist’s report — for drug prosecutions — is testimonial hearsay evidence that generally requires the chemist’s live testimony to be admissible in evidence. Thomas v. United States, 914 A.2d 1 (D.C. 2006).

The Court of Appeals upheld the provision of D.C. law requiring a defendant to file a written demand with the prosecutor for the presence and testimony at trial of the drug chemist, apparently to prevent unnecessary time burdens on drug chemists.  The Court focused on the importance of assuring that failure to file such a demand not be the result of a mere passive waiver. The defendant here did not timely demand the presence of the chemist, which was the sole reason the court did not find the matter preserved for appeal.

Thomas has substantial implications for neighboring jurisdictions that attempt to reduce the instances of chemist and breath technician testimony, absent a subpoena to testify. For instance, District of Columbia law requires a drunk driving defendant to make a sufficient written showing about the need for the presence of an alcohol breath technician at trial, or to subpoena the officer. The first activity might be deemed sufficient if it were to lead the prosecutor’s obtaining the officer’s presence in court. However, the second activity (serving a subpoena on one or more law enforcement personnel), likely will not be deemed sufficient under  Thomas, particularly when considering that it is far from a simple task for a defense lawyer to convince a police officer to accept service of a witness subpoena.

Were Thomas to apply in Virginia, which it should, this would result in the invalidation of Virginia’s laws that make the drug chemist’s report and breath technician’s results admissible in evidence absent the defendant’s issuance of a subpoena to testify. Virginia goes one step further by making field tests of suspected marijuana admissible into evidence at trial unless the defendant successfully files a motion to have the suspected marijuana tested.

If Thomas applied in Maryland, Maryland’s approach of requiring defendants to give advance written notice to produce the chemist or breath technician likely would be considered sufficient under Thomas. However, for drunk driving cases, one of the early questions would be whether Crawford will categorize as testimonial hearsay the certified records certifying the breath testing equipment as sufficiently operating. This sounds like testimonial evidence to me.