Jan 18, 2019 Courts in Virginia should not close for Lee and Jackson – We are open 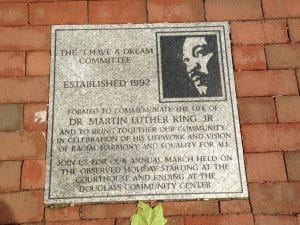 Courts in Virginia always close on [Robert E.] Lee/ [Stonewall] Jackson day, which since 2000 has fallen on the Friday before Martin Luther King, Jr., Day. This holiday started in 1890 as Lee day, followed by Lee-Jackson day in 1904. The holiday later became Lee-Jackson-King day, which meant a holiday for two Virginians pushing to maintain a slavery status quo alongside a celebration of a man who fought his whole life for racial justice.

As a Fairfax criminal lawyer, I find it bad enough that Virginia law bars removing even from courthouse grounds confederate memorials and war memorials segregating soldiers’ names by race. To devote an entire day to a Lee-Jackson holiday that began in the virulently racist and lynching period of Virginia’s post-slavery history makes matters worse.

As a Fairfax criminal lawyer, I knew from before the moment I moved to Arlington County, Virginia to start law school in 1986, that Virginia is replete with tributes to the confederacy, starting with [Robert E.] Lee Highway less than a mile from my former Arlington residence, continuing with Richmond’s monument avenue of confederate general statues, which ultimately added a statue of Arthur Ashe, and proceeding with public schools and major roadways honoring confederate leaders.

Until Virginia’s law barring removal of confederate memorials from public property is repealed, at the very least that law (Code § 15.2-1812), should be amended to permit removing confederate and race-based military honors from courthouse grounds. Otherwise, jurors are getting the wrong message when passing such confederate honors as the Loudoun County courtyard’s imposing statue of a rifle-toting confederate soldier (which at least is offset a few dozen yards away by a beautiful sidewalk plaque honoring Martin Luther King, Jr. (pictured above)).

Virginia criminal attorney on movement away from honoring the confederacy

Praised be the Virginia local governments and school systems that stay open on Lee-Jackson day, the politicians supporting an end to Lee-Jackson day, and movement in renaming public schools once named for confederate leaders.

This progress away from honoring the confederacy in Virginia will not be without anger and even violence by those wanting to maintain the outdated status quo, as we saw all too well with the violence in Charlottesville relating to efforts to remove a Robert E. Lee statue.

A counterpoint to Lee-Jackson day, Martin Luther King, Jr., Day always follows on the succeeding Monday My staff always gets a paid day off on MLK Day, and my son and I do a day of service.

Virginia has progressed enough to have elected its first African American governor, L. Douglas Wilder, in 1990, and Barack Obama was the first democrat since Franklin Roosevelt to twice win in Virginia for the presidential race.

Next year, open the courts on Lee-Jackson day.

Fairfax criminal lawyer Jonathan L. Katz pursues your best defense against felony, misdemeanor, DUI, drug and marijuana prosecutions. Jon will be delighted to discuss your case with you, through a confidential consultation scheduled through his staff, at 703-383-1100.