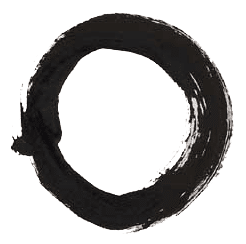 Among the things I like about having a website and blog presence is letting my unvarnished views be known to those who want to read them, without needing to push them unsolicited offline.

This past Friday, I bumped into a criminal defense colleague who offered me his hand to shake, asking if that is something I do. I asked him, an accomplished criminal lawyer, if he preferred a Buddhist bow, and then shook his hand. (I do not claim to be Buddhist, although I derive many benefits from Buddhism.) He said he likes my approach, which I take to mean that he has read online about my approach to life and the practice of law.

As I have said many times before, none of my talk about t’ai chi, non-dualism, and anything else about my approach to life is about new age, touchy-feely spiritualism. It is all about the necessity of achieving and maintaining harmony; being fully powerful for myself, my family, my clients, and everyone else; and reaching higher levels of fulfillment and happiness, all without needing to visit a psychological therapist, nor to ingest anything but healthy food and water and to breathe freely and harmoniously.

I continue discovering ideas, people, and writings that I wish I had known about long before. Of course, perhaps I would not have paid attention to them as much in the past as now, and maybe I would not have appreciated them had they merely been offered up to me on a list of ideas, people and writings to get around to reading. As much as I did not appreciate The Wizard of Oz in the past as much as I do now, the same theme is there, that we do not appreciate certain critical life lessons until we are ready for them.

My most recent finding is Alan Watts. Yes, I had heard of him at least a few years ago, but I had not looked closely enough at him. Then, a few days ago, while searching for YouTube clips with Robert Aitken RÅshi, I instead came across some great videos with ShunryÅ« Suzuki-rÅshi, whom I previously discussed here (“the bird is here in my mind already, and I am singing with the bird.”), and Alan Watts. Watts’s talks about “I’ve always loved weird things” and “the universe is like water. The fish of reality is more like water. It always slips through the net,” blew me away.

Here are some great quotes and links to Alan Watts:

– Essential reading: Alan Watts, The Book: On the Taboo Against Knowing Who You Are:

“I have drawn on the insights of Vedanta, stating them, however, in a completely modern and Western style–so that this volume makes no attempt to be a textbook on or introduction to Vedanta in the ordinary sense. It is rather a
cross-fertilization of Western science with an Eastern intuition…”

“An ardent Jehovah’s Witness once tried to convince me that if there were a God of love, he would certainly provide mankind with a reliable
and infallible textbook for the guidance of conduct. I replied that no considerate God would destroy the human mind by making it so rigid and
unadaptable as to depend upon one book, the Bible, for all the answers. For the use of words, and thus of a book, is to point beyond themselves to a world of life and experience that is not mere words or even ideas. Just as money is not real, consumable wealth, books are
not life. To idolize scriptures is like eating paper currency. Therefore The Book that I would like to slip to my children would itself be slippery. It would slip them into a new domain, not of ideas alone, but of experience and feeling. It would be a temporary medicine, not a diet; a point of departure, not a perpetual point of reference. They would read it and be done with it, for if it were well and clearly written they would not have to go back to it again and again for hidden meanings or for clarification of obscure doctrines…”

“‘God also likes to play hide-and-seek, but because there is nothing outside God, he has no one but himself to play with. But he gets over
this difficulty by pretending that he is not himself. This is his way of hiding from himself. He pretends that he is you and I and all the
people in the world, all the animals, all the plants, all the rocks, and all the stars. In this way he has strange and wonderful
adventures, some of which are terrible and frightening. But these are just like bad dreams, for when he wakes up they will disappear.
“Now when God plays hide and pretends that he is you and I, he does it so well that it takes him a long time to remember where and how he hid himself. But that’s the whole fun of it–just what he wanted to do. He doesn’t want to find himself too quickly, for that would spoil the game. That is why it is so difficult for you and me to find out that we are God in disguise, pretending not to be himself. But when the game has gone on long enough, all of us will wake up, stop pretending, and remember that we are all one single Self–the God who is all that there is and who lives for ever and ever…'”

– “Zen is not a doctrine… not a philosophy.”

– “I’ve always loved weird things.” “I thought [being like other people] was like having the same thing for dinner every day.”

– Alan Watts on nothingness. Getting nothing out of nothing is a “fallacy”.

– “Nothing is more fertile than emptiness.” “You can’t have something without nothing.”

– “Zen is a way of life, a state of being, that is not possible to embrace in any concept whatsoever.”

– “The universe is like water. The fish of reality is more like water. It always slips through the net.” You can become the water.

– “A Psychedelic Experience – Fact or Fantasy?”

— One aspect of Zen involves “having a mind that isn’t sticky and isn’t stopped at any point in its working.”

— Chasing after the hoax of success by getting to “that end.”

— “A conversation with myself.”

— “The Nature of Consciousness.”

Alan Watts departed his body in November 1973, when I was ten years old.

ADDENDUM: Here is some additional information about Alan Watts:

– In his autobiography In My Own Way, Watts writes: “I am an unrepentant sensualist,” immoderately loving sex, fine cuisine, wine and other alcohol, cigars and pipes, and beautifully-bound books, and also gardens, oceans and forests. He remained attracted “to being a no-strings attached Taoist wanderer in the mountains.” I appreciate his honesty about it.

Posted in Persuasion
← More on D.C.’s DWI prosecution debacleWhen a prosecutor tries to get my goat, I return to the power of zero →