Drinking after driving is not a crime says Fairfax DUI lawyer 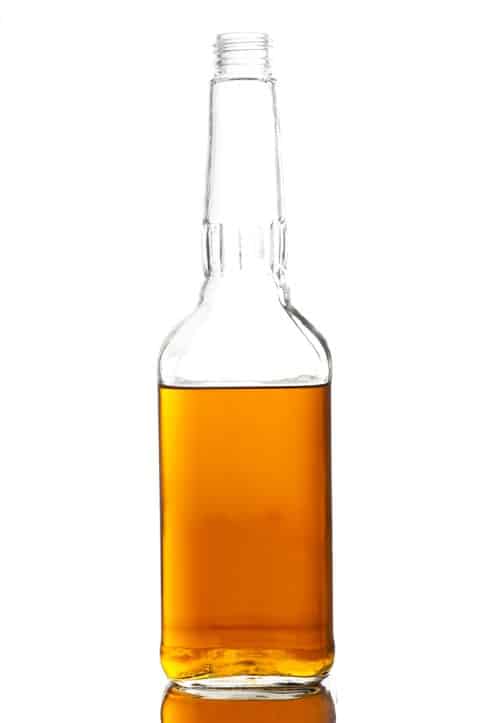 Drinking after driving is not a crime, says Fairfax DUI lawyer

Drinking and driving / DWI is one of the most serious non-violent, non-theft misdemeanors that is prosecuted in Virginia. As a Fairfax DUI lawyer, I know that consuming beer, wine or alcohol after driving is not a crime for DWI under Virginia Code § 18.2-266 crime, even if it might qualify as a non-jailable public intoxication crime. This point was underlined in a recent acquittal that I obtained for a client charged with violating the commonwealth’s DUI law.

Virginia police stopped my client’s vehicle for an alleged moving violation. During the course of interacting with my client, the police officer found an unsealed bottle of partially empty liquor within arm’s reach of my client. The police officer proceeded to put my client through a series of the junk science so-called standard field sobriety tests (SFSTs), to arrest my client for alleged DUI / drinking and driving, and to administer the post-arrest testing on the Intox EC/IR II breathalyzer machine, yielding a blood alcohol content (BAC) reading of well over the 0.08 legal limit.

Should my lawyer use only one point of attack against my DUI prosecution?

Rarely is it a good idea for a lawyer to defend against a drinking and driving prosecution only with one point of attack. Here, in acquitting my client after a lengthy evidentiary trial, the judge enunciated that he was acquitting my client after not being sure whether the unsealed liquor bottle in his car was partially emptied into my client’s stomach only after the police officer pulled him over (and before the officer eventually got out of his cruiser to interact with my client). Seeing that my client told the police officer that he last consumed alcohol well before the stop in a neighboring county, many jurors and trial judges may have held my client to his words to preclude the idea that perhaps he tippled after being stopped by the police officer. My other defenses at this trial include the following.

Unless challenging the police stop of the defendant is a sure loser, it usually merits challenging, for a drinking and driving case and all other criminal prosecutions. A police officer cannot stop a motor vehicle without reasonable articulable suspicion to believe a moving violation has taken place, or pursuant to a Constitutional roadside police checkpoint. If the trial judge finds no lawful grounds to stop the defendant’s vehicle, the defendant wins.

Challenge the arrest of the defendant

The arrest of the defendant should be challenged for drinking and driving cases and all prosecutions. Police may not effectuate an arrest for an alleged crime absent probable cause to believe the defendant has committed a crime or DUI law violation. A probable cause determination must consider the totality of the circumstances. Maryland v. Pringle, 540 U.S. 366 (2003). Reasonable doubt is undefinable, says the United States Supreme Court, which says that the closest we can come to a probable cause definition is reasonable grounds for belief of guilt. Id.

Cross examining prosecution witnesses can help blunt their testimony and sometimes make them sound less reliable or authoritative, if at all. Here in my acquitted drinking and driving case, the arresting police officer also conducted the breath alcohol testing of my client, claimed to have done the testing in accordance with the directives of the Virginia Department of Forensic Science, but admitted during my cross examination that he did not have my client open his mouth at least twenty minutes before blowing into the Intox EC/IR II machine, to check for any foreign substances. That omission materially contravenes the DFSs’ clear directive at page 22 of the Intox EC/IR II operator’s training manual, and is no small deviation.

Move to strike the prosecutor’s evidence

If the trial judge finds probable cause to arrest the defendant, the trial proceeds with the trial evidence stage for drinking and driving cases and other cases. When the prosecution rests his or her case, that is the time for the criminal defense lawyer to move the judge to strike the evidence / dismiss the prosecution, on the basis that even if the prosecutor’s witnesses and evidence are believed, that does not satisfy every essential element needed to prove the prosecution’s case beyond a reasonable doubt.

The criminal defense has no burden to present evidence, and the defendant has no duty to testify

Not guilty is a phrase to savor

Criminal defense and drinking and driving defense is about the thrill of victory and the agony of defeat. When a jury or judge say not guilty about a lawyer’s client, that is time to celebrate. That prospect of acquittal is what helps drive criminal defense lawyers and their clients to inject oomph into pursuing victory in their case.

Fairfax DUI lawyer Jonathan L. Katz pursues your best defense against Virginia DWI, misdemeanor and felony prosecutions. Learn what Jon Katz can do for you, by calling 703-383-1100 for a free in-person consultation with Jon about your court-pending case.