Everyone is my teacher 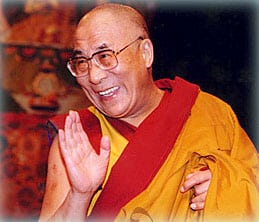 If a trial lawyer wants the jury to judge the lawyer’s client fairly, the trial lawyer needs to judge the jury fairly, preferably by being non-judgmental in the first place, except to the extent that judgment calls are required in selecting and arguing to a jury. This reminds me of the following instances of people judging entire geographic cultures, and the importance that a trial lawyer avoid doing so.

A few days ago, I met a fellow customer at the health food store, talking about the Blood Diamond movie. I heard a New England twang, and she told me she moved to the Washington, DC, area five years ago from Rhode Island. She said that the East Coast has intellectuals, but she did not see the Washington area as part of the East Coast. This, she said, is the South. She did not like this area much, and hoped to move back to Rhode Island.

Seventeen years ago, I met a fellow vegetarian and progressive lawyer. He wanted out of Washington, DC, and to move to the San Francisco area. One of the factors affecting his decision was seeing on the subway one morning a Republican (I think he wore a Republican button) reading the Washington Post, and looking self-satisfied in that period of George Bush I. This vegetarian lawyer took and passed the California bar, packed up his belongings, and started a new life outside San Francisco. I bumped into him in Washington eleven years later. He was very satisfied with his transition to California.

Over fifteen years ago, I became a criminal defense lawyer. I moved from a white collar civil corporate law firm world, working out of a fancy office suite where the most austerity I saw in a workday would come during a visit to a drab government agency office, or seeing the many homeless people on the street. At that law firm, three more senior associate lawyers on separate occasions misguidedly referred to criminal defendants as scum; as much as I felt discomfort working with people harboring such feelings, they were amplifying the views of many others in society.

When I made my dream of criminal defense come true, first with the Maryland Public Defender’s Office, I jumped into a rough-and-tumble world where I finally got out of my now-windowless office all the time for court, jail visits, and offsite investigation and trial preparation. By this time, it was critical not to delay any longer in living my life with the full understanding that everyone is my teacher — both friend and foe, and everyone in between — from clients, to support staff and supervisors, to colleagues on the same side, to judges, to prosecutors, to cops, to adversarial and supporting witnesses, to personal friends, to family members, to those living and working around me, and everyone else. I also learned the magic mirror lesson that jurors and judges are unlikely to trust and feel comfortable with a lawyer any more than the lawyer trusts and feels comfortable wtih the jurors and judges. Consequently, Will Rogers probably would have been a great trial lawyer, because he claimed to have liked everyone.

An important goal, then, for a trial lawyer is to learn to listen deeply to, connect with, and engage with the people around the lawyer, and not to move to the West Coast, Mars, or silence to avoid them. In doing so, the lawyer will shed stereotypes, become more tolerant of others, recognize how interconnected we all are, probably feel more at harmony with the people living and working in the lawyer’s community, and ultimately be more successful for the lawyer’s clients and as a person.

Moreover, when a trial lawyer connects successfully with jurors, the jurors might be all the more ready to connect and engage with one another during jury deliberations despite any of their outward differences. For a trial lawyer to move to the West Coast to escape Republicans is to enhance disconnect with jurors rather than connecting with them. Furthermore, as the Dalai Lama confirmed, "everyone is my teacher, starting with my enemy." If I move to a place where everyone seems to be more like me (unless it is an inward move to change myself to recognize how much I am similar to people who initially seem much different than I), not only will I feel imbalanced being without more of a variety of people and their thoughts and feelings, but I will be deprived of their teachings and lessons, and my clients will be deprived accordingly.