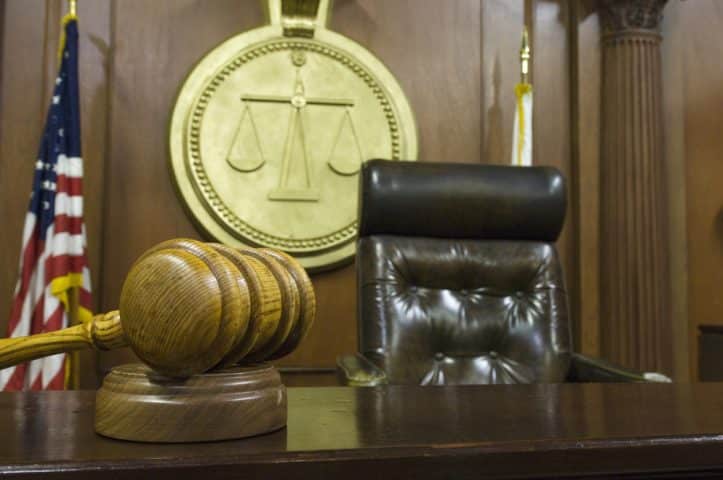 Fairfax DUI court — and all Virginia criminal court — can seem to be an intimidating and convoluted place. As a Fairfax DWI lawyer, I am home at all courthouses, including this one, which is across the street from my office. I am here not only to pursue my clients’ best defense, but also to help them get on with their lives while their case is pending and beyond, and to help make them more comfortable in the courthouse. With each courthouse having its own peculiar ways of doing things and with Fairfax being one of the commonwealth’s busiest courthouses, this article focuses on handling your case in this county. In addition to this article, I recommend reading my articles on handling Fairfax criminal court in general, handling DWI police encounters, choosing a lawyer, and defending in court.

Fairfax DUI court — which involves a prosecution alleges driving while impaired by alcohol or drugs, under Virginia Code § 18.2-266 — typically starts with your arraignment date, which of course is preceded by the defendant’s arrest or criminal summons in the first place. On the arraignment date, the judge will tell the defendant what crime(s) s/he is accused of. The judge will ask if the defendant understands what those alleged crimes are, and will ask if the defendant will hire his or her own lawyer or will apply for a court-appointed lawyer, who will either be a public defender lawyer or a private-practicing lawyer who accepts court appointments to defend indigent defendants.

In Fairfax DUI court in the General District Court (but not in all Virginia counties), a defendant’s lawyer can enter his or her appearance in court correctly and on a timely basis to avoid either of them having to appear in court on the arraignment date. Make sure your lawyer has done so before you simply do not appear in court on your arraignment date. The Fairfax online entry of appearance page sets a 3:30 p.m. deadline the day before court to enter an appearance through that portal. A lawyer may also enter his or her entry of appearance by in-person appearance, and by email to to the appropriate court clerk email address. My approach is to personally file my appearance in the designated courtroom on the arraignment date for any reason that my appearance does not show on the court’s online docketing system.

Must I appear at my Fairfax arraignment date and attorney review date?

Whether you must appear at your Fairfax DUI court arraignment date is addressed in the above section. Those who appear without a lawyer for their Fairfax General District Court arraignment date are given an attorney review date, which typically is one week after the arraignment date. Missing either date — unless you already have a lawyer who has timely and correctly entered his or appearance with the Fairfax court — risks a bench warrant being issued for your arrest and a new jailable criminal charge of failure to appear in court. When you attend either Fairfax DUI court date, I recommend arriving at the entrance to the courthouse at least one hour before your court start time, to allow for possible long lines (which at their longest should not take more than fifteen to twenty minutes). I recommend arriving inside your courtroom at least ten minutes before the start time. You should not leave the courtroom before your case is called and completed for that day. If you step out to the bathroom, for instance — unless you have a friend or family member in the courtroom to orally state your whereabouts to the judge — the judge at that time is not likely to know that you ever were present and can be expected to issue a bench warrant for your arrest and a criminal charge of failing to appear in court.

Four different courthouses handle District Court DUI and other misdemeanor cases in Fairfax County. The vast majority of cases are handled in the Fairfax County courthouse at 4110 Chain Bridge Rd. 22030. However, if you get charged by the following local police, your case is likely to be in their respective courthouse. Your charging document should tell your lawyer which courthouse you need to appear at. The three satellite courthouses — all with a separate chief prosecutor who also works as a private practicing lawyer — in Fairfax County are Fairfax City (which has its own court clerk) at the city hall, convening court on Tuesday and Thursday mornings. The remaining two satellite courthouses are Vienna Town Hall. 127 Center St., Vienna, VA 22180, convening on Mondays, and Herndon Town Hall, 777 Lynn Street, Herndon, VA 20170, convening on Wednesdays. Whether your case is a Fairfax DUI court case or another DWI or criminal case in the county, it is ideal to have consulted with one or more qualified lawyers before your first court date, whether you hire a lawyer by then or not.

Will my first Fairfax DUI court trial date be my only trial date?

“In the Fairfax County General District Court, the first court date on a charge of driving while intoxicated (DWI) will generally be continued and neither the Commonwealth nor the Defense will need to subpoena witnesses for this date. If the defendant appears with counsel, the prosecutor is to provide limited discovery as allowed under Rule 7C:5 to counsel, who are to make themselves available to the
prosecutor. Trial will occur on this date only at the agreement of the parties.” Fairfax County General District Court Administrative Procedures Manual at 82 (2017). You want to appear with a qualified lawyer at your first Fairfax DUI court date (not including the arraignment nor attorney review date) to be ahead of your defense and to obtain discovery / evidence from the prosecutor by that date.

When will my Fairfax blood DUI case be set for trial?

If your Fairfax DUI court blood case (involving a blood draw to analyze your blood alcohol content) is not resolved on the first court date after your arraignment and attorney review date, your next court date, for trial, will be set many months later. That is because blood trials frequent now that police often seek a blood draw (with or without a blood search warrant) when they suspect that drugs were involved in adversely influencing driving or determine that the defendant has refused a breath test to determine blood alcohol content, and such trials are only held on Thursday mornings, when one or more witnesses from the Virginia Department of Forensic Science are subpoenaed to court, along with the person who drew the defendant’s blood.

When should I hire a lawyer for Fairfax DUI court

The sooner you obtain a qualified lawyer for your Fairfax DUI court case or any other Virginia criminal case, the better. The prosecutor and police are not waiting for you to have a lawyer as they prepare the prosecution against you. This is pitched court battle, and you want to be fully armed for this fight for your liberty, reputation, and driving privileges.

Fairfax DUI lawyer Jonathan Katz pursues your best defense against Virginia DWI, misdemeanor and felony prosecutions. He has successfully defended hundreds of DUI defendants, including using the services of a forensic toxicologist for scores of such cases. Learn your defenses and the positive difference Jon Katz can make for your case, by calling 703-383-1100 for a free in-person confidential consultation with Jon about your court-pending case.