Falls Church City, Virginia, is a Northern Virginia incorporated city, where criminal defendants go to court for charges of misdemeanors and DUI, and also for preliminary hearings for felony charges. Falls Church being within ten miles of Jon Katz’s main Fairfax office and satellite Arlington meeting office, he has been defending in Falls Church since 2000. 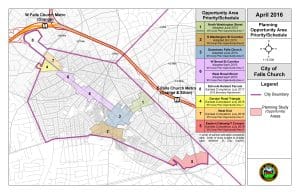 Falls Church City General District Court proceeds every Wednesday morning at the City Hall, 300 Park Avenue, Falls Church, Virginia 22046.  Prosecutions there are handled by the Arlington County Commonwealth’s Attorney’s office. The court has its own clerk’s office on the premises.

Falls Church City has a very busy court docket, so those attending there might want to bring something to read while waiting for their case to be called.

When the court outcome is favorable, nearby locations to celebrate include the fascinating nearby Eden Center, which features many primarily Vietnamese restaurants and shops.

The Falls Church City Hall has ample free parking on its premises and the surrounding side streets. The courthouse is an easy walk to the subway station.

Virginia criminal lawyer Jon Katz pursues your best defense in Northern Virginia, including Fairfax, Arlington, Alexandria and Prince William Counties. To discuss your case with Jon, please call his staff at (703) 383-1100 to schedule a confidential consultation.