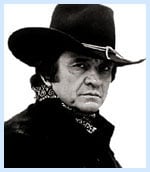 Recently, and late, for the first time I watched Walk the Line, based on Johnny Cash’s life. Although I have not checked how faithful is the film to Johnny Cash’s real life, I think it is a very good film, and is very relevant to my law practice, in that understanding my clients and persuading judges and jurors requires sensitively understanding and feeling people’s trials and tribulations — mine and theirs — and Mr. Cash certainly had his share of trials and tribulations, starting with his family’s poverty, his brother’s early death from an accident while sawing wood, and his father’s yelling that the wrong son died, because the dead son was more productive in the fields than Johnny.

During my initial years as a jazz fanatic, starting in 1975 at age twelve, I tended to rank music value in terms of great jazz — preferring music over lyrics — followed by great rock (with much on the radio not fitting that category), great classical (including Holst’s “The Planets” and Beethoven’s Seventh Symphony), and everything else, with elevator music being an inhumane torture, including when I worked at a retail store where the co-owner insisted on playing (and humming to) Boston’s premier elevator Muzak station. As a result, other than the vital message in “A Boy Named Sue” (written, by the way, by the same Shel Silverstein, whose work also stretched to Playboy cartooning, children’s books (first reluctant to do so) and playwriting), Johnny Cash did not register with me for awhile.

Then, in 1981, I took the ethnomusicology class of Jeff Todd Titon — whose office sign talked about music not requiring excellence but waiting to be surprised by it — and I got back to the reality that the value of music does not always necessitate masterful musical writing and playing. Fourteen years later, at the Trial Lawyers College, I paid closer attention to all the country music songs being sung by many of the participants, and belatedly found more meaning in many of the songs that so closely capture what many of my clients and their cases — and so many other people’s lives, including mine — are about, starting with “Me and Bobby McGee.”

At the Trial Lawyers College, I first noticed, and learned to sing, Johnny Cash’s “Bad News,” from my friend Dax Cowart, who has been through his own trials and tribulations. Dax transcended a horrific ordeal that is now commonly taught in medical ethics classes, attended law school later than do most students, and became a persuasive trial lawyer who sometimes gets his argument across by singing part of a song.

For me, the most striking scene of Walk the Line was Johnny Cash’s performance at San Quentin prison. In the movie at least, Cash fully connected with the inmates in a way that showed this was not a mere publicity stunt, if he were even considering publicity; he felt that the prisoners were important enough to go to for what would become a landmark live recording. Each time someone plays his San Quentin album, the message gets repeated never to forget prisoners, no matter how many people wish them forgotten.

The climax of the San Quentin performance came when Cash decried the prison warden for drinking Coke while letting the prisoners drink adulterated water, smashed the water glass on the ground, and simultaneously broke into his next song to the crowd’s thunderous eruption  of applause, hoots and hollers. The prison authorities never interfered with this rousing of the audience, perhaps fearful of a worse outcry and even backlash from the prisoners had they done so. Here is a YouTube video from the San Quentin concert. Walk the Line only touches on the tremendous musical, national, and regional influence of the family of June Carter, who performed with Johnny Cash as they became intertwined for life.

As I have encouraged before, please visit, write to, and support inmates — both those presumed innocent and awaiting trial, and those already convicted — and show your moral support. This does not diminish one bit from the need to reduce violent crime; it spreads compassion, gives the inmates hope, and gives them and society a chance for them to progress to positive adjustment inside and outside the jail and prison walls. I have detailed here some ways to do that. Jon Katz.