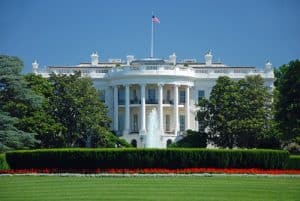 Jim Acosta of CNN today won back his White House press pass, for now. As a Fairfax criminal lawyer who last week blogged on this story and has prior experience litigating injunction matters, I provide my following brief thoughts and perspective on Acosta’s temporary victory.

Jim Acosta today obtained a temporary restraining order (“TRO”) under Federal Rule of Civil Procedure 65(b), requiring the return of his White House press pass pending the further litigation of Jim Acosta’s lawsuit to permanently reverse the White House’s revocation of his press pass. So long as both parties continue pursuing this lawsuit, the next stage of this litigation will likely be argument over whether the temporary restraining order should be extended into a preliminary injunction pending a trial on this matter.

The official record of this Acosta case does not state the reasons for Judge Kelly’s ruling in favor of Jim Acosta. Instead, the online docket says: “Oral Ruling GRANTING 2 MOTION for Temporary Restraining Order, for the reasons stated on the record in open court. Order forthcoming.” The court apparently is not releasing a transcript of today’s hearing, even for pay, until the parties first have three weeks “to file with the court and the court reporter any request to redact personal identifiers from this transcript. ”

NPR’s Nina Totenberg, who apparently was present at the hearing reports that instead of saying that the press has a First Amendment right to access the White House, Judge Kelly instead ruled that because the White House issues passes to the press to cover the president and his staff, that revocations of that privilege cannot be exercised arbitrarily.

Jim Acosta’s court-ordered recovery of his White House press pass comes with an interesting story, seeing that the ruling judge was appointed by Trump, Trump’s preferred television news source Fox has sided with Acosta in this lawsuit, and former George W. Bush solicitor general Ted Olson (who declined Trump’s overture earlier this year to join his legal team) is on Acosta’s legal team.

As Acosta’s victory and the foregoing background may be, his winning back his White House press pass started with the basic building blocks of legal civil procedure, which can be dry in the abstract but very interesting when considering what is at stake. Jim Acosta’s TRO motion correctly states what Acosta and other moving parties must demonstrate in seeking a TRO: ” (1) that he is likely to succeed on the merits; (2) that he is likely to suffer irreparable injury in the absence of preliminary relief; (3) that the balance of the equities tips in his favor; and (4) that an injunction is in the public interest. ”

As to the White House’s revocation of Acosta’s press pass that led to this litigation, I stand by what I blogged last week on this story.

Fairfax criminal lawyer Jonathan L. Katz pursues your best defense against felony, misdemeanor and DUI charges. To discuss your case in confidence with Jon Katz, please call his staff at 703-383-1100 to set an appointment.