John Coltrane passed away fifty years ago, when I was four

Virginia criminal defense lawyer on the inspiration of John Coltrane Call Us: 703-383-1100

Jul 19, 2017 John Coltrane passed away fifty years ago, when I was four

John Coltrane (above playing “Alabama”, after the 1963 Birmingham church bombing) has inspired me for years to pursue beyond the seeming limits of possibility. I have searched him out through his music, at the house where he lived in Philadelphia, through his longtime pianist McCoy Tyner, and through his wife Alice Coltrane/Swamini A. C. Turiyasangitananda. 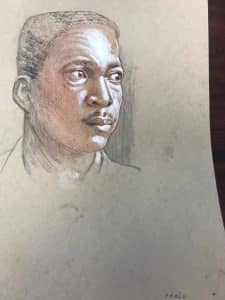 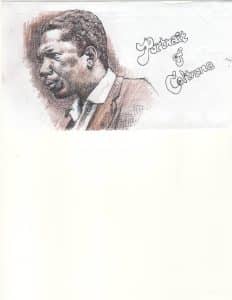 Trane passed away when I was only four years old, on July 17, 1967. He was only forty. Think of how much more music was waiting to be created and performed by him.

Trane composed his masterpiece and prayer to the divinity “A Love Supreme” in 1964, in a little-used part of the family home, “spending his time pondering over the music he heard within himself,” as Alice Coltrane told it. “It was like Moses coming down from the mountain,” recounted Alice. Trane said: “This is the first time that I have received all of the music for what I want to record, in a suite. This is the first time I have everything, everything ready.”

Trane once said: “There is never any end. There are always new sounds to imagine; new feelings to get at. And always, there is the need to keep purifying these feelings and sounds so that we can really see what we’ve discovered in its pure state. So that we can see more and more clearly what we are. In that way, we can give to those who listen the essence, the best of what we are. But to do that at each stage, we have to keep on cleaning the mirror.”

Similarly with criminal defense practice, no two clients nor cases are alike. There are always new possibilities to visualize and apply for fighting for justice. Always there is room for improvement, in a never-ending process forward.