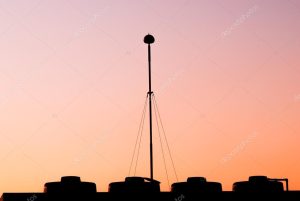 Kavanaugh is a lightning rod pick for the Supreme Court

Kavanaugh is an inevitable result of Trump’s election as president. He is the tip of the iceberg of Trump’s appointing scores of federal judges who will serve lifetime appointments outlasting his presidency by many years.

As a Fairfax criminal lawyer, I see Judge Brett Kavanaugh’s tepid explanation as unpersuasive for his completely injudicious behavior  last week before the Senate. Kavanaugh’s performance at that hearing came across as having been coached from a Trumpian playbook, driven by emotions over reason, combativeness over openness, and partisanship over judicial dispassion.

Yes, Judge Kavanaugh’s bull in a china shop performance last week before the Senate Judiciary Committee came in the context of death threats to him and his family (and also to his accuser Christine Blasey Ford), lasting threats to his reputation, and his burst ecstasy bubble over being nominated to the nation’s highest court.

Kavanaugh, though, is a smart man, at least smart enough to have realized that his nomination would represent a power struggle over the balance of power of the Supreme Court for years to come, likely to swing the court much farther to the right than the recently-retired Justice Anthony Kennedy would have.

Similarly, when Judge Merrick Garland (from the same court as Judge Kavanaugh) sits on was nominated by then-president Obama to replace then-recently deceased conservative Justice Antonin Scalia, Judge Garland likely knew the power struggle that Republicans would play over him, disgracefully denying any hearings or consideration over his nomination, even though the presidential election was still over seven months away, and even though the court was in full swing and in need of a tie-breaking vote to sit in its ninth seat.

As a Fairfax criminal lawyer, I know that we are stuck with over two more years of Donald Trump making scores of lifetime appointments to the three levels of federal courts (Supreme Court, courts of appeal, and trial courts). As much as I held my nose when voting for Hillary Clinton in the general presidential election (and Bernie Sanders in the primary, over his being too socialist for me), at least I knew that her judicial nominees would have been nowhere near as dangerous as Trump’s.

This is part one of a two-part article. The second installment is here.

Fairfax criminal lawyer Jonathan L. Katz is committed to fully and successfully defending all his clients, regardless of how challenging may be the  philosophical composition of any court. To discuss your criminal or DUI/DWI case with Jon Katz, please call his staff at 703-383-1100 to schedule a confidential consultation.