Keeping the criminal defense eyes on the prize of victory 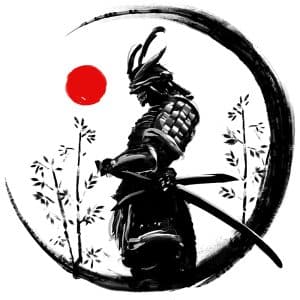 Keeping the criminal defense eyes on the prize of victory

Keeping focus on victory helps make the naysayers, hecklers and vicious folks disappear from sight and sound. As a Fairfax criminal lawyer, I know the necessity of transcending all distractions and hurdles in the courtroom battlefield. For instance, one day a rather new Fairfax, Virginia prosecutor motioned me into the courtroom antechamber while we awaited our DUI trial to be called, so I thought he was either about to make a better plea offer or to provide me additional discovery that he was not previously aware of. Instead, this prosecutor, injudiciously, proceeded to complain to me that going to trial was wasting his time, when he had more important things to do. (As a new prosecutor, he should have relished enhancing his trial experience.)

This prosecutor’s words were horrendous enough — every criminal defendant is Constitutionally entitled to a fair trial and the presumption of innocence — but if he felt that way, imagine all the jurors who might feel the same. As with dealing with the cards that we get in poker — except for the cards we get to switch — criminal defense lawyers must deal with and persuade the judge, jurors and (sometimes) prosecutor s/he gets, keeping eyes on the prize of victory.

Neither hecklers nor sweet-as-can-be prosecutor can get in the way of my keeping focus on my game, nor diminish the gusto I have for defending each client and for proceeding to each trial. I got this DWI client an acquittal. I celebrated with my client and fully resisted gloating to the prosecutor about his arrogance being met with his defeat, although I could not suppress such gloating in the face of my delighted client nor with some colleagues. Never again did this prosecutor say anything improper to me.

A prosecutor’s arrogance is his or her own weakness

On a similar note, there was a prosecutor who would too often speak all too dismissively to me at times when I would explain the devastation my criminal defense client could suffer if convicted of the then-current count, in my efforts to negotiate a better result. She was not from the population of hecklers but from their cousins the arrogantly dismissive ones. Getting nowhere with that argument, we proceeded to trial on a prosecution alleging a violation of Virginia’s misdemeanor law against frequenting a bawdy place. The prosecutor saw that the judge was about to grant my motion to suppress the alleged search of my client’s car — the prosecutor’s only possible avenue to a conviction — based on my argument that the police had unlawfully detained my client before obtaining his so-called search consent  .  She  was tearful in pleading to the judge not to do so. The judge granted my suppression motion and we got an acquittal. Once again, I avoided gloating before this prosecutor, keeping my smiling equanimity in the courtroom.  I cannot say that she was always pleasant with me thereafter, but she never acted arrogantly nor dismissively again in my presence, and knew that I knew of her tearful plea to the judge during my bawdy place trial.

Winning trials is about hard work, skill, and being quick on one’s feet, not about mind games nor heckling

A former high school wrestler told me that he intentionally never washed his wrestling shirt, so that his opponent might be weakened by the armpit stench of this wrestler’s shirt, which of course meant that the wearer also would smell that pungent stink. That might be okay in wrestling, but not in the courtroom. Aside from the importance of fair and honest fights, fighting dirty, condescendingly, or with heckling is a distraction from winning for the person keeping that approach. If there is one thing that I can be thankful about the many heartless-acting New Yorkers and Northern New Jersey denizens at my overnight summer camp (which does not diminish from the nice people in those states), it was that I learned to maintain a sharp and quick-witted tongue, full vigilance, and doggedness about competing against the campers in the sportsfields, regardless of my athletic ability. That carries into my courtroom performance, where I pursue the fight regardless of the fools, scoundrels and hecklers in and out of the courtroom.

A criminal defense lawyer’s prospects for victory of course are enhanced by relishing the battle and keeping on going in the face of all challenges. For me, battling vicious opponents energizes me like nuclear fission. To be sure, only going against cream puffs does not make one stronger. Unrattled battle is essential. In fact, when beneficial to the criminal defendant and in compliance with the rules, a criminal lawyer may feel free to rattle the prosecutor’s agenda. Who is the biggest opponent of a criminal defense lawyer? Not others, but his or her own ego. Shed that ego.

This is part two of a two-part article. Part one focuses here on transcending hecklers against the criminal defense.

Virginia criminal lawyer Jonathan L. Katz pursues your best defense against felony, misdemeanor and DUI prosecutions in the courts in Fairfax County, Arlington, Loudoun, Prince William and beyond. Call 703-383-1100 for a free in-person confidential consultation with Jon Katz about your court-pending criminal or DWI case.