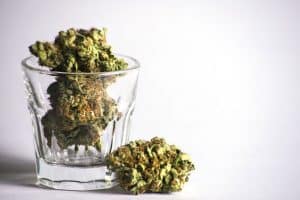 Mandamus relief is not forthcoming in response to Norfolk, Virginia, Circuit Court judges refusing the commonwealth attorney’s office’s seeking dismissal of misdemeanor marijuana cases that get appealed from the District Court. A Virginia Supreme Court three-judge panel handed down that ruling on May 2, 2019, concluding: “Here, the Commonwealth’s Attorney has not identified a purely ministerial act the circuit court was required to complete nor has he established the circuit court improperly transgressed the constitutional boundary between executive and judicial functions.” In Re Underwood, Record Nos. 190497 and 190498 (Va., May 2, 2019).

As a Virginia drug lawyer, I see Underwood not exclusively as a blow to limiting pot prosecutions, but as an opportunity to encourage marijuana decriminalization-friendly legislators to take more immediate action either to legalize marijuana or to reduce its penalties.

Moreover, Underwood does not preclude Virginia judges from granting prosecutors’ motions to dismiss/enter nolle prosequi marijuana prosecutions. Instead, Underwood leaves decisions on such motions to judges’ sound discretion rather than to appellate mandamus action.

Before Underwood was decided concerning mandamus action, I experienced too many judge-granted nolle prosequi’s over my objection. One judge who is a particularly good one for trial actually told me in open court that he is from the old school of generally granting such motions.

Virginia law requires nolle prosequi motions (1) to be based on good cause and (2) only to be issued in the court’s discretion. Va. Code § 19.2-265.3. Underwood  underlines that: “Because the breadth of the court’s discretion to grant the predicate dismissal, whether with or without prejudice, was not challenged by either party or considered by the Court, Roe cannot be read to obligate a circuit court to grant every motion a Commonwealth’s Attorney makes to dismiss a charge.” Consequently, Underwood should convince judges to grant more defense objections against prosecutors’ nolle prosequi motions.

Virginia drug lawyer Jonathan L. Katz has successfully defended hundreds of clients charged with marijuana and other drug offenses, and thousands of clients accused of felony, misdemeanor, and DUI offenses. To discuss your case with Jon Katz, please call his staff at 703-383-1100 to schedule a confidential consultation.