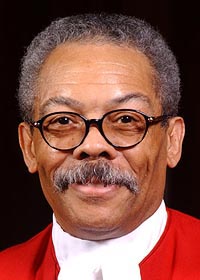 The United States Supreme Court has not decided the extent to which the police may seize non-residents visiting a home being searched by police pursuant to a valid search warrant. However, on February 7, 2007, the Maryland Court of Appeals provided police a green light to seize such visitors at least to make some initial inquiries. Brown v. State, ___ Md. ___ (Feb. 7, 2007). As a result, Maryland’s highest court upheld the conviction of such a visitor whom the police seized, asked if he had any weapons or drugs (hopefully he was Mirandized, but Brown  is silent on that (Cotton v. State, 386 Md. 249,  cert. denied, 126 S. Ct. 212 (2005) requires such Mirandizing for such a seizure)), and heard him reply that he had one-quarter pound of marijuana in his waist.

Brown relies heavily on Cotton v. State, 386 Md. 249,  cert. denied, 126 S. Ct. 212 (2005), which states: “In executing a warrant such as that issued here, the police for a premises known to be an open-air drug market where the police are likely to encounter people who may well be dangerous, they are entitled, for their own safety and that of other persons, to take command of the situation and, except for persons who clearly are unconnected with any criminal activity and who clearly present no potential danger, essentially immobilize everyone until, acting with reasonable expedition, they know what they are confronting. It really cannot be otherwise.”

“It is disingenuous to assert that the danger posed to police under such circumstances was of such magnitude as to warrant the detention of all persons merely present in some capacity on the premises. Surely, the overwhelming number of officers on the small property dispelled any such need to engage in a wholesale detention. In light of the overwhelming number of officers at the scene and the diminutive size of the property, the Majority cannot in good faith argue that the threat to police outweighed Cotton’s interest in being free from a warrantless seizure.”

Now, in the subsequent Brown decision, Judge Battaglia and Judge Greene — both who dissented in Cotton — joined in the judgment only, without standing by the court’s reasoning. Their silence makes it unclear whether they joined the judgment merely by considering Cotton to be controlling stare decisis.  Kudos to Chief Judge Bell for dissenting (sadly, the sole dissenter), stating in full: “I adhere to the views expressed in the dissenting opinion in Cotton v. State, 386 Md. 249, 872 A.2d 87 (2005).” Jon Katz.