New York, New York, a hell of a town 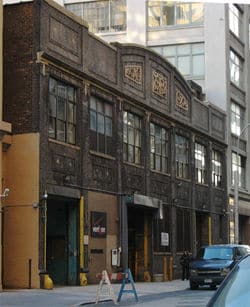 A gritty Manhattan street scene, before the mallification of Manhattan accompanied by mushroomed police stops and random subway searches. (Image from the public domain).

When I lived in Manhattan for a year before starting law school in 1986, the subways did not suffer from post-September 11 random searches, Times Square was a gritty Times Square as opposed to the outdoor shopping mall that it looks like today, and Giuliani had not yet swept homeless people out of Penn Station to present an illusion that New York City’s homeless problem is better than it really is.

Fast forward to today, when New York City police are stopping five times as many people as they were just five years ago, with half of those people being Black, as reported by the New York Times. Throw into the mix the 2006 New York City police killing of Sean Bell, the 1999 New York City police murder of Amadou Diallo, and the 1997 New York City police torture of Abner Louima. Outside New York City, many justice court judges in numerous smaller town pockets continue to regularly violate the Constitution. New York’s slick advertising campaigns will not sweep this unresolved pattern of abuse of individual rights under the rug. Jon Katz.