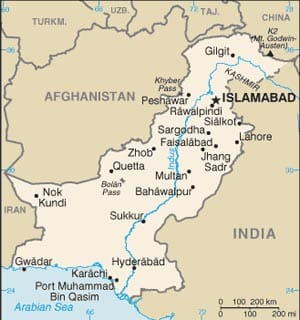 On November 7, 2007, I blogged about the ongoing human rights violations in Pakistan after Musharraf declared a state of emergency. The situation keeps getting worse.

United States tax dollars are lining the bank accounts of Musharraf’s government. I encourage everyone to raise their voices against the human rights violations in Pakistan. In that regard, the American Bar Association is sponsoring a march in Washington — in solidarity with Pakistani lawyers — on Wednesday, November 14, 2007, at 11:30 a.m, as follows: "At 11:30 a.m., lawyers will gather in the plaza in front of the James Madison Building of the Library of Congress before walking around the Supreme Court. Lawyers across the country are participating in similar marches in their communities, and the ABA is encouraging and supporting these local efforts."