Of hypodermic needles and guns in Washington, D.C. 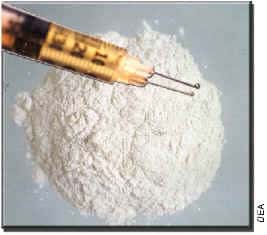 The District of Columbia government got it right — and so did Congress when it got out of the way — in approving and funding a needle exchange program to reduce the spread of HIV by illegal drug users who would otherwise share needles with which to inject themselves.

In the same day, January 3, the Washington Post reported as follows on both of the above topics:

Seeing that I want D.C. to lose in the Supreme Court, I have no problem with this probably silly midstream shakeup, which possibly is more about attorney general Peter Nickles wishing to have a Mayor Fenty/Peter Nickles loyalist than to assure having the best advocate appear before the Supreme Court. However, were I still a D.C. resident, I would wonder if such a shakeup were bringing unnecessarily extra financial expenses to the D.C. treasury.

Curiously, both acting attorney general Nickles and gun ban lead advocate Dellinger hail from big establishment D.C. law firms. On the other hand, the now-gone D.C. attorney general Linda Singer and fired gun ban advocate Morrison hail from public interest organizations, with Linda Singer as former executive director of the Appleseed Foundation, and with Morrison having spent over three decades at Public Citizen. Morrison is a seasoned Supreme Court advocate, and has a knack for making friends with those whose politics he disagrees with, including Justice Scalia, who is a favorite for barbs from so-called progressives. As much as public interest organizations and big D.C. law firms interact very much (with the public interest groups providing interesting cases for the firms to attract and retain lawyers to get pro bono time), I wonder how much Nickles felt that Morrison was a wild card, not having subscribed to using his intellect at a corporate law firm.

In any event, kudos to the D.C. government for supporting safe and legal needle exchanges. As to the gun ban case, I look forward to the Supreme Court’s inserting teeth into the Second Amendment. Jon Katz.

ADDENDUM: By supporting needle exchange programs, I do not mean at all to glorify intravenous drug use. This came all the more to light a few years ago as I took a wrong walking turn in Vancouver’s Chinatown to visit a huge Buddhist temple, only to find myself walking towards an open-air heroin shooting gallery, which I assumed was a government-sanctioned location for shooting up, or perhaps just a needle exchange location. Right in front of me was a crazed-looking man who stabbed a syringe into his palm. I got out of there as soon as I could, lest he then try to stab me, whether in an attempt to rob me or just from being crazed. So, if you go to Vancouver’s Chinatown, watch out for this area, which I think is right next to a big library.