Of Reagan, ketchup and vegetables 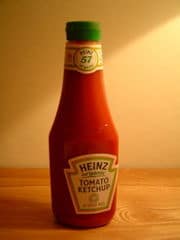 As I said in my August 10 blog entry, “I refuse to use the former president’s [Reagan’s] name in the title [of the airport in Arlington, Virginia]; it was National Airport long before he took his throne at 1600 Pennsylvania Avenue and installed people who’d have had ketchup fulfill one of the vegetable servings in the daily school lunch program.”

Now an update to Reagan-ketchup-vegetable-gate: Leave it to Cecil Adams’s “Straight Dope” to show that absent an act of Congress, the ketchup mess may never have taken place. Pour it on, Cecil.

NOTE: Not all posts by me reflect the views of my law partner Jay Marks, which is particularly true of my negative comments about Ronald Reagan. As I have stated elsewhere on our website, despite our differing political paths — where I got disenchanted early on by the political establishment, and got involved with such civil rights activities as Amnesty International and the American Civil Liberties Union, and where Jay took to Republican-related political activities — Jay and I learned many years ago that we share much in common about our vision of serving justice through the practice of law.