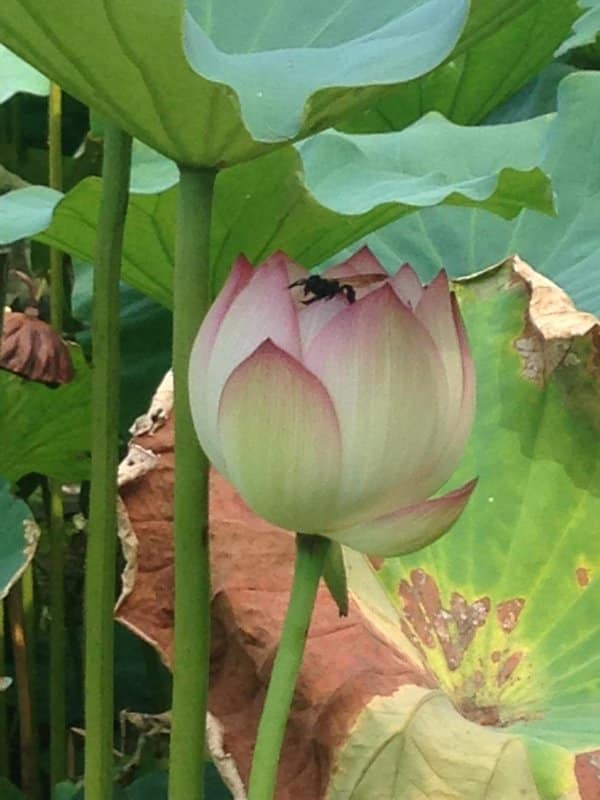 When I met my friend and peace mentor Jun Yasuda in January 1991, by orders of George Bush I American troops were bombing Iraq. I have always felt that Gulf War I was started prematurely, giving insufficient opportunity for diplomatic action, let alone whether that war ever would have been justified. The very talented litigation lawyer with an office right next to mine at my first law firm had at the time a yellow ribbon prominently displayed to “support the troops”. I said nothing to him nor anyone else at the firm about the war, which was a surreal silence made all the more surreal by the White House’s being only  2 1/2 blocks from our firm. A little over a year earlier, I joined two other very talented lawyers from the firm for lunch. One of them — a proud Democrat — happily asked the other lawyer about Bush I’s impending invasion of Panama: “Are we at war yet?” The other lawyer, with whom I worked on numerous projects, explained happiness that movement was being made on the war on drugs. I stayed so silent that my silence likely spoke volumes to the two.

I was new at the firm, wanted to learn what I was going to learn at the firm, and move on. What, I thought, would I have accomplished by telling any of the above three lawyers that I disagreed with them? They already knew the pro and con arguments on their views. Washington, D.C., is a city of debates galore. I was not going to change their minds, or so I thought.

I did feel, though, that my voice could make a difference at public demonstrations, no matter how much or little my voice made a difference. I joined a co-demonstrator in opposing the Senate’s authorizing Bush I to go to war in Iraq. Two weeks later, I joined a peace march as Gulf War I was underway. Later in January 1991, across from the White House, I met Jun Yasuda,
fasting on water for a month as part of her never-ending prayer for peace.
repeatedly chanting the Odaimoku — Na Mu Myo Ho Ren Ge Kyo — which is the essence of the Lotus Sutra.>

Jun Yasuda — a soft-voiced, small-framed woman who was with American Indian Movement leader Dennis Banks while he was in sanctuary in California when the South Dakota government wanted him, and then prayed for him to receive sanctuary in New York when he lost sanctuary in California when Jerry Brown left the governor’s seat — is a giant, and knows that numbers of people following or hearing her do not matter.”What matters is your commitment to peace,” (As an aside, here
in 1998 are Dennis Banks, me and my son, across the street from the
American Indian Museum in Washington, D.C.)

My first meeting with Jun-san may well be the most defining moment for the rest of my life to unfold from one of seeing the glass as half empty to seeing the world as a bottomless glass to be filled with goodness, social justice, abundance and enjoyment. My life did not change all at once, but Jun-san reminded me to re-open the doors that I was always bent on opening, and to stop listening to the naysayers in the form of others and myself.

Jun-san is so devoted to the power of the Odaimoku — Na Mu Myo Ho Ren Ge Kyo — that she repeatedly chants the prayer with all her will, no matter whether anyone is within earshot,. probably believing strongly in the power of the chant’s vibrations, which marks everywhere she chants it, as well. Her very devotion to peace, in part through chanting the Odaimoku, is very contagious. I pray the Odaimoku, followed by “itadakimasu“, at each meal — and have its acronym on my license plate. Doing so reminds me of the power of peace, the power of summoning my peace within, and the path of new heights I have been on since my first 1991 meeting with Jun Yasuda.

Over a year ago, Guantanamo criminal defense lawyer  James G. Connell III, who previously practiced privately in Northern Virginia after serving as a public defender lawyer in Fairfax, gave a talk to an area criminal defense lawyers’ group about various online tools for preparing the criminal defense, one of those being Picasa. Among the picture layouts he showed on the screen was his organization of pictures of flowers, which he loves to photograph. Afterwards, I asked him about what looked like lotus flowers in some of the photos, and he told me he had photographed them at the Kenilworth Aquatic Gardens, which is a national park parcel tucked behind a gritty, non-descript part of southeast Washington, D.C. Particularly seeing the significance of the Odaimoku — the essence of the Lotus Sutra — to me, I calendared to see the lotus flowers in bloom, but missed the opportunity during their only weekslong run last year.

Yesterday, my family and I finally saw real lotus flowers for the first time in my life, close to when the petals come off the remainder of the hundreds of lotus flowers at the Aquatic Gardens. They are beautiful. Moreover, the entire plant is edible, except for the huge leaves, which impart their fragrance to the food that gets wrapped in the leaves. The seeds can be used in desserts. I eat the sliced, sweetened rhizomes as Korean side dishes. Many believe in the plant’s medicinal benefits. This park is one of the most serene places I know of for miles around.

As I departed, I noticed for the first time razor wire, not just barbed wire, on the east side of the park. This struck me as overkill for protecting the park against vandalism, and as ineffectual, because the remaining visible fenced sides had no razor wire. I asked a park ranger about the razor wire, and she said it was erected not for the Aquatic Park, but for the adjacent flower garden used for White House events. Do Barack and Michelle Obama know about this nonsense? Would such razor wire be used in a majority white, wealthy neighborhood, versus this generally lower income neighborhood that has a high percentage of African-American residents?

One does not need to follow Buddhism nor other Eastern traditions to appreciate the important lesson of lotus flowers. Lotus petals emerge from the mud, but are mud free. The petals’ existence each year is fleeting, lasting only a few weeks, but then revealing swelling pods of seeds that can be used for food. The lotus plants can be dormant for many years and then re-bloom.

The lotus reminds me to be unattached to the mud that surrounds me, that is flung around and at me, and that can overtake memories of the past, if I let it. The short life of lotus flowers reminds me how my own mortal life is relatively short in relationship to the limitlessness of time and space, how the world does not revolve around me, but how I can give back to the world, one person and one being at a time, staring with myself, because when I am more empowered, I can better help others. The lotus, then, also teaches me to remain on the path of powerful persuasion, because powerful persuasion requires being unattached to ups and downs, unattached to one’s ego, but firmly rooted in strength.

As I have said many times at various points, powerful persuasion comes through active listening, role reversal, compassion and empathy, zero limits, non-attachment, tapping into our magic and realness, passion and devotion to our goals, constant practice, and neutralizing flung feces.