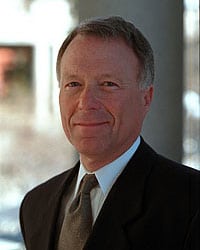 Scooter Libby paid his $250,000 fine in full today, together with $400 for his special assessment.

This quick payment looks like a good move for Mr. Libby’s interests, both (1) to seek a full pardon by showing that he has sacrificed financially by his fine payment and (2) to try to convince his trial judge and probation officer to go easy on him with his conditions and supervision for his court-ordered two years of supervised release.

The trial judge ordered Mr. Libby’s counsel and the prosecution to submit written filings by July 9, 2007, about whether Mr. Libby should still be subject to his two-years of supervised release now that his sentence has been commuted.

TalkLeft refers to Howard Kieffer’s explanation as to why Mr. Libby still is subject to his two years of supervised release. Also on TalkLeft, top-notch federal criminal defense authority and attorney Peter Goldberger mischievously talks about the circumstances under which the trial judge could enlarge Libby’s supervised release conditions to include:

18 U.S.C. § “3563(b)(6): refrain from associating with specified individuals (Might this include Karl Rove or Dick Cheney?); (b)(10): remain in custody of the Bureau of Prisons for nights, weekends or other intervals totaling no more than one year, during the first year of supervision; (b)(19): home confinement during non-working hours, with or without monitoring.”

Going beyond such mischievous musings, imposing such enlarged release conditions could boomerang unfairly to other criminal defense clients. It is best to leave well enough alone. Jon Katz.

Posted in Criminal Defense
← What drives criminal defense lawyers to fight for the accused?A frivolous lawsuit threat does not amount to extortion →