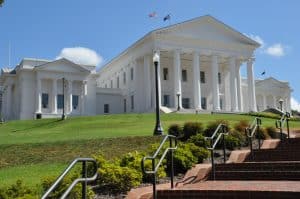 Special legislative action is taking place in Virginia on such items as barring police searches on the basis of marijuana odor, limiting police opportunity to make pretextual traffic stops to fish for more serious crime, giving criminal defendants the option to remove jurors from sentencing, and eliminating mandatory minimum sentencing for assaulting law enforcement officers. As a Fairfax criminal lawyer, I see this as a continued movement forward in further supporting criminal defendants’ rights and civil liberties, as a result of certain newly-elected legislators as well as a generally sympathetic governor.

Will police be permitted to search based on marijuana under proposed special Virginia legislation?

Police love to search people, cars and beyond upon smelling burnt or unburnt marijuana odor. Many judges set a low bar for police to convince the judge that the law enforcement officer smelled pot, and then to allow a probable cause search based on that odor. On August 28, 2020, the Virginia Senate voted 21-15 during this special session for legislation providing that: “No law-enforcement officer… may lawfully search or seize any person, place, or thing solely on the basis of the odor of marijuana, and no evidence discovered or obtained as a result of such unlawful search or seizure shall be admissible in any trial, hearing, or other proceeding. The provisions of this subsection… shall not apply in any airport…” SB 5029.

What moving and traffic violations will no longer permit police fishing trip stops?

Police pretextual traffic stops to fish for more serious crimes — whether or not race / racial profiling is a factor for such stops — amount to too much unbridled discretion in police about what minor moving and traffic violations they stop drivers for. On August 28, 2020, the Virginia Senate voted 21-15 during this special session  to make the following offenses secondary offenses, which means that such violations may not be the basis for a stop, and that such violations may only be charged if the traffic stop is for another purpose:  marijuana possession; window tint violations; objects dangling from the rearview mirror or otherwise possibly obstructing the view in front of the driver; defective or unsafe motor vehicle equipment; license plate illumination; and lack of exhaust system that prevents excessive or unusual levels of noise. SB 5029.

Currently, when a jury convicts a criminal defendant for a Class 1 misdemeanor or felony, the jury recommends a sentence to the trial judge. SB 5007 and HB 5084, if passed and enacted during this special legislative session, will provide Virginia criminal defendants the choice to eliminate any jury role in non-capital sentencing.