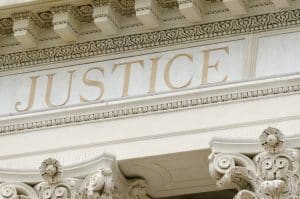 Split 5-4 split capital punishment decisions will keep arising with the Supreme Court’s hardcore death penalty greenlighters (Justices Thomas, Alito and Gorsuch), the usual remaining members of that five (Chief Justice Roberts and Justice Kavanaugh) and the four more “liberal” justices who at least question the painfulness of current lethal injection regimens. As a Virginia criminal lawyer, I know that a president cannot precisely predict how a high court nominee will rule on controversial issues, but can find important telltale signs (for instance the nominee’s prior written opinions, and membership in the Federalist Society versus strong support of the American Civil Liberties Union).

The Supreme Court’s rightward shift/split extends beyond the death penalty, and concerns me not only as a civil libertarian, but also as a Virginia criminal lawyer in a state that has been a very active executioner and that has a particularly harsh climate for criminal defendants. Donald Trump will not reverse course from looking to the right in nominating federal judges, which is important food for thought when people vote in future elections.

In three separate capital cases on May 13, several justice further stated their split positions about the death penalty. In the most recent death penalty news, the high court denied a challenge to Tennessee’s state secrecy laws regarding the state’s lethal-injection protocol. Dissenting, Justice Sotomayor writes: “[T]oday, the Court again ignores the further injustice of state secrecy laws denying death-row prisoners access to potentially crucial information for meeting” the requirement for challenging the lethal injection protocol. Rahman v. Parker,587 U. S. ___  (2019). I am surprised that the remaining “liberal wing” members (Justices Ginsburg, Breyer and Kagan) did not join her.

In a second case, Justice Thomas, joined by Justices Alito and Gorsuch, took aim at Justice Breyer’s strong April 12 strong dissent (joined by Justices Ginsburg, Sotomayor and Kagan) against the Court’s summary reversal of an execution stay involving a challenge of possibly excruciating pain from Alabama’s lethal injection protocol. For instance, Justice Thomas insists that Justice Breyer’s approach “would hamper the States’ ability to carry out lawful judgments, while simultaneously flooding the courts with last-minute, meritless filings. And this practice would harm victims. Take Bessie Lynn, Bill’s widow who witnessed his horrific slaying and was herself attacked by petitioner. She waited for hours with her daughters to witness petitioner’s execution, but was forced to leave without closure.”

Finally, on May 13, Justice Alito — joined by Justices Thomas and Gorsuch — issued his dissent from the Court’s March 28, 2019, stay of a Buddhist death row inmate Patrick Henry Murphy’s Texas execution based on that death row’s allowing Christian clergy to be with the condemned inmate in the execution chamber, but not clergy of other faiths. Justice Alito couched the matter in terms of unnecessarily delayed petitions filed by death row inmates. Justice Kavanaugh — who wrote a mainly good concurrence for the March 28 stay — joined by Chief Justice Roberts explained that he voted to stay Murphy’s execution since his argument was based on Equal Protection Clause whereas Muslim death row inmate Domineque Ray’s failed argument to stay his execution was based on the Establishment Clause.

Criminal defendants need to know that the Supreme Court is so split as to possibly be more inhospitable for their rights than in the past.