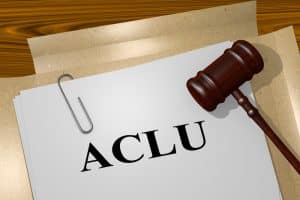 Stewart Dunn was both a corporate lawyer and longtime ACLU supporter

Stewart Dunn was on the board of the Washington, D.C.-area American Civil Liberties Union board when I joined it in 1992 when near the start of my criminal defense career (remaining  until 1995). Stew immediately struck me as at once a devoted civil libertarian, a kind man, and an accomplished lawyer with a mainstream tax and business law firm.

Over the years, I called Stewart once every few years when seeking a referral for various professionals, and he was always consistently a true gentleman. When the Internal Revenue Service notified me a few years ago that my law firm was to be audited (the IRS apparently at that time had law firms on its radar), I called Stew, and within fifteen minutes, he kindly provided on-the-money advice on how my accountant and I should approach the audit, which turned out to be a rather painless affair other than the workflow disruption that comes with any IRS business audit.

Recently I looked up Stewart online, and found that somehow I had missed that he had passed away two and one-half years ago.

My Underdog Blog only infrequently covers the passing of people, lest this become an obituary blog rather than a criminal defense blog. Stewart merits a tribute after I learned of his passing. In a world where too many lawyers talk about the law practice being all about money, Stew was the real McCoy of a human, lawyer and civil libertarian who practiced the maxim of doing well while doing good as a lawyer. I would have loved working with Stew, had he been practicing in an area of law that I wanted to practice in.

Born in 1929, upon Stew’s passing his law firm remarked that as Stew devoted more time to outside activities, “we continued to see him in the office three days a week – almost invariably in a 3-piece suit.” Yes, indeed, wearing a suit by no means precludes championing civil liberties.