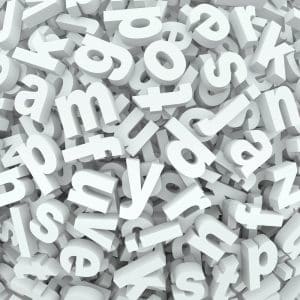 Succeeding in a criminal trial can take place at several stages. As a Fairfax criminal defense lawyer, I know that those possible stages are moving to dismiss the prosecution for failure to articulate a cognizable crime, for a defect in the charging document, for failure to establish jurisdiction, or for failure to establish venue; moving to suppress the iinitial police stop of the criminal defendant; moving to suppress the arrest of the defendant; moving to strike the evidence, and arguing that the prosecutor has not proven the case beyond a reasonable doubt. With protective order hearings/trials — which are civil proceedings that risk criminal penalties for violating any protective order — ordinarily the first real opportunity for the defendant to prevail is through moving to strike the evidence.

What is a motion to strike the evidence?

Recently I won a Fairfax County District Court protective order trial at the motion to strike stage. My client’s estranged wife, the petitioner, accused my client of constantly contacting her after she told him to stop contacting her, and allegedly threatening her. After my client’s wife rested her case, I moved to strike the evidence. Always keeping in mind maintaining a good trial flowchart, including listing the statutory elements of the alleged crimes or other wrongs, I pointed out to the judge that under the applicable Virginia protective order statute, a protective order cannot be issued without (1) recent (2) threats of bodily harm and (3) reasonable fear of bodily harm by the petitioner. I argued that the petitioner’s evidence did not establish recent threats against of the petitioner of assault / bodily nor bodily harm. The following material having been admitted into evidence already, I also argued that the text messages allegedly sent by my client to his wife, and the recording by his wife of my client’s voicemail to her did not show someone out to harm nor scare his wife, but instead were calm communications, leading to the defense succeeding at trial.  Finding an absence of a physical threat, the trial judge granted my motion to strike evidence.

In both criminal and civil trials, different judges and different circumstances affect whether the judge will grant a defense motion to strike the evidence. For that risk of succeeding or not, a criminal defense lawyer must approach each stage of trial defense by fully preparing for trial. That way, if the defense’s strike motion is granted, that is time to celebrate, and if the defense motion to strike the evidence is denied, the defense has an opportunity to present evidence or not, and to argue in closing that the criminal defendant has not been proven guilty beyond a reasonable doubt, and in the civil trial context that the case has not been proven against the defendant by a preponderance of the evidence (which is the usual standard of proof in a civil case).

A Virginia criminal defense lawyer needs to lay the groundwork for a judge possibly to grant a motion to strike the evidence. This starts with thinking twice before waiving making an opening statement in favor of making an opening statement before presenting the defense evidence. This proceeds to conveying the defense’s relevant case theory throughout all stages of trial, including opening statement, cross examination, and direct examination, all with the goal of succeeding with for the defense. This even includes covering strike motion-relevant arguments in explaining one or more defense evidentiary objections so long as such arguments are relevant to the objection and focused on explaining the reason for granting the objection.

A trial memorandum — filed before the trial date — can be important to succeeding at a bench trial, by focusing the judge on the grounds for moving to strike the evidence and for other trial-critical arguments. This way the judge can review those arguments in the quiet of his or her chambers, rather than in the cacophony of the courtroom. Additionally, a judge can repeatedly interrupt a criminal defense lawyer’s or prosecutor’s oral presentation, but not the lawyer’s written presentation. Moreover, the criminal defense lawyer’s filing of a trial memorandum may well meet with no trial memorandum being filed by the prosecutor, in which case the defense has gotten the first opportunity to plant seeds of potential victory in the  mind of the judge.

Fairfax, Virginia criminal lawyer Jonathan L. Katz pursues your best defense for succeeding against felony, misdemeanor, and DUI prosecutions, and and against protective order proceedings. Call 703-383-1100 for a free in-person confidential consultation with Jon Katz about your court-pending criminal or DWI case.