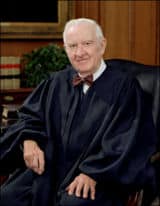 This week, the United States Supreme Court reversed the Ninth Circuit’s reversal of a conviction for attempting to re-enter the United States following deportation, even though the indictment did not specify what actions were used to effectuate the attempt. The case is U.S. v. Resendiz-Ponce, ___ U.S. ___ (Jan. 9, 2006).

Praised be Justice Scalia — the lone dissenter and generally quite the supporter of law and order — for calling his fellow eight justices to task for the error of the majority’s opinion, including the failure of such an indictment to assure that the grand jury understood the necessary legal elements of the crime of attempt. I have taken strong issue with Justice Scalia before, including here. Yet, sometimes, like in this case, he is right on the money.

Posted in Criminal Defense
← How to practice criminal defense in an unjust system?Marijuana not a Gateway Drug; and More from Amsterdam and Vancouver →