The crime of harboring undocumented people 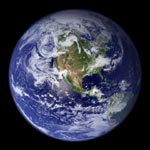 Clearly, I favor the immigration sanctuary movement, and want to eliminate laws prohibiting providing such sanctuary.

However, federal llaw provides for up to five years in prison for the least serious violations of laws against harboring undocumented people, and the penalties get even more severe when adding additional factors.

Ironically, one of the latest folks to get convicted under this immigrant-harboring law is Lloyd W. Miner, who is a former high-level anti-corruption United States immigration official. He was convicted by a jury on December 18, 2007, in the Alexandria, Virginia, federal court. The charges arose from allegations about his live-in girlfriend from Mongolia being undocumented; she was convicted with him at the same trial for immigration fraud.

Here are Mr. Miner’s docket sheet and indictment. His sentencing is set for March 7, 2008. Jon Katz.

Posted in Criminal Defense
← Vegetarian and religious diets in prison: Beyond getting along with your cellmateIf Joe Ligotti were a trial lawyer →