Tiananmen Square – When the Chinese government murdered its own 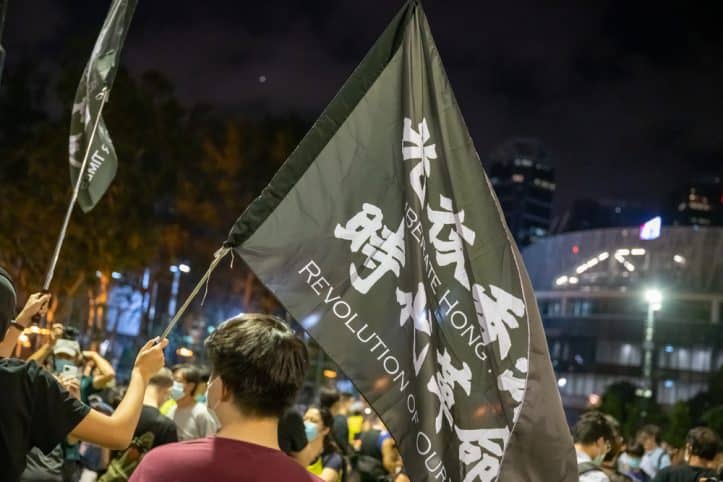 Tiananmen Square will always recall when the Chinese government murdered its own people, en masse. On June 3-4, 1989, the Chinese army turned its guns on its own people, who were peaceful demonstrators in Tiananmen Square. Such atrocities are not limited to China. Look no farther than Kent State nineteen years earlier, even if on a smaller scale and not ordered from the highest echelons of power. Look, as well, at Syria’s military’s shooting and targeting not only armed rebels, but also unarmed, non-violent activists, and the same happening in Egypt during the uprising against Mubarak’s government.

Human rights violations worldwide — including in the United States — also take the form of threats of arrests, arrests and convictions for what should be lawful activity; government intimidation in many forms; and laws and court orders that contravene the most basic of human freedoms.

Following is an adaptation from my April 23, 2007, account of this horrific tragedy:

On June 3, 1989, I was about to go to sleep before going to my younger brother’s high school graduation the next morning. The television news reported on the Tiananmen Square massacre that had taken place. The news reports were just coming in, and apparently in the process of being clarified and detailed. Having no Internet for getting more information, I went to bed with a sick feeling in the pit of my stomach.

The next morning I watched the news to learn how massive, extreme and brutal had been the massacre. I felt even sicker.

I saw Norman Mailer at the graduation — one of the older parents there — and thanked him for sharing his writings with the world. I could have talked to him about the massacre, but felt relief enough that he was there, and surmised he felt the same as I over the massacre.

I returned to Washington, DC, where I was preparing for the bar exam. After lunch with two law school friends, we passed by the Chinese embassy, where I saw a lone demonstrator standing before the lady liberty statue that had been standing in a park near the embassy. I asked the driving friend to let me off there, because I decided to join the lone protestor. They advised caution about getting into trouble. What trouble was I supposed to fear, demonstrating peacefully so shortly after the massacre?

The lone demonstrator — inspiring like Tank Man, but on a smaller scale — grew up in Hong Kong, overcame the hurdles of being deaf, and is a math professor at Washington, D.C.’s Gallaudet University. He is Fat C. Lam, who held up a sign reading “Don’t let tyrants sleep.” I stood with him; I forget if I made a sign, and if I did, it would only have been on the legal pad I had with me. The Secret Service uniformed officer told me he supported our message, but that he would arrest me if I entered the embassy building to express my grievances. I stayed around an hour or longer with the lone demonstrator.

Out of my deep sadness over the Tiananmen massacre came hope from learning that such Tiananmen leaders as Li Lu had escaped safely, and exhilaration at meeting Mr. Lu at a 1989 Washington, DC, reception sponsored by the Lawyers Committee for Human Rights (now called Human Rights First). The following June 1990, I joined a long massacre anniversary demonstration march supporting the Tiananmen Square activists, which ended, appropriately, in front of the Chinese embassy.

Even with the intervening explosion of the Internet and capitalism in China, the government there has managed to continue to keep a tight grip over dissent subsequent to the Tiananmen Square massacre. Whether or not the Tiananmen activists are biding their time until the iron is hot for them to re-enter the political arena in China, or just enjoying the capitalist opportunities in the world, I recently obtained the following updates on Tiananmen leaders Li Lu and Shen Tong:

Li Lu obtained multiple degrees from Columbia University, and became an investment professional. Shen Tong became a high-tech capitalist, who now visits China to sell his software products; his sister believes he is not fixated on making big money. Hopefully the spirit of the Tiananmen Square movement will help eventually peacefully dismantle the brutal Chinese government. It might sound like a tall dream, but then again it was also a tall dream to see the Berlin wall and Soviet Union fall. We can all do our share towards dismantling China’s brutal government, by speaking out by words and with our wallets.

The day after the Tiananmen massacre ended, an unknown gentleman only known as Tank Man stood down an army tank in Beijing. The video is displayed above.

Do not remain silent about reversing human rights violations anywhere you find them, whether in your own backyard or halfway around the world.

Jon Katz is a Fairfax, Virginia, criminal defense lawyer who has for decades spoken up for human rights and civil liberties, including his past work with Amnesty International and the American Civil Liberties Union.