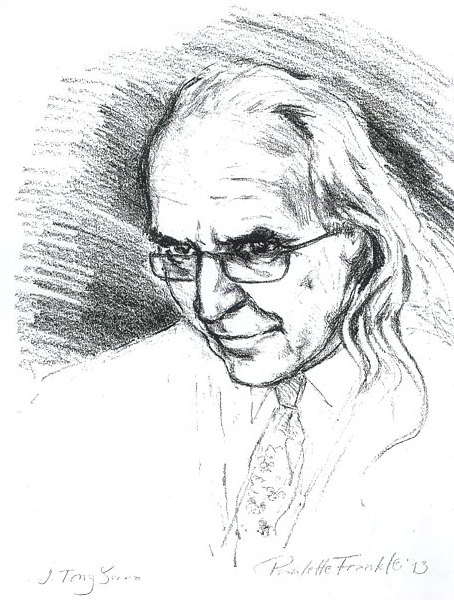 Law schools teach about arguing a case effectively from both sides of the issue, and, with some exceptions, conforming to the prevailing legal and governmental power structure, and continuing the archaic and undemocratic practice of placing Esquire after other lawyers’ names in court filings and correspondence.

True, one makes a more effective argument by seeing and feeling the matter from all relevant sides. However, a lawyer prepares and argues most effectively when s/he has passion and love for his client and total devotion to the cause being pursued. That is exemplified excellently by legendary San Francisco lawyer Tony Serra. Here are some great videos and other links covering Tony:

– On Sixty Minutes from way back when, including an excerpt from his closing argument in a criminal case.

– Excerpts from Semantic Warrior The Life & Times of Tony Serra”

– Los Angeles Times’s 1990 article on Serra’s team’s obtaining an acquittal in the retrial of Hooty Crow acquittal. The article says that Tony’s  jury placed “their trust in this attorney whose soulful oratory seemed less a device than a heartfelt expression of belief in his client.”

– Short video on Tony’s cultural defense of Hooty Crow, focusing on the many years of oppression of Native Americans.

– Lust for Justice, a biography of Tony Serra. The book’s video trailer is here.

In reviewing these links, are you able to be anything but deeply moved?

Posted in Criminal Defense
← The D.C. police have a broken-down blood alcohol-testing systemMedical marijuana is now also an affirmative criminal defense in Maryland →