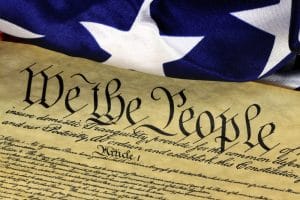 Trump is a polarizing president, which I predicted he would be during the 2016 presidential campaign season. As a Fairfax criminal lawyer and individual, I recognize the importance of not repeatedly reacting to the president in his desire to set the discussion agenda, and instead to remain focused on making him a one-term president by presenting a desirable Democratic presidential contender to transcend the president’s words and actions and to be the one most people and electors choose.

I am a criminal defense lawyer in large part to protect civil liberties. Donald Trump is no champion of civil liberties. He is blocking out asylum seekers from the southern United States border, when asylum is critical for refugees fleeing political persecution. He wants to expand the already First Amendment-violative libel /defamation /slander laws. He presides over substandard detention conditions for those detained entering the United States from Mexico (see here, too).

Trump has encouraged four congresswomen to “go back” to the countries from which they “originally came” (his own Twitter words are here). He tolerated a rally crowd’s shouting “send her [Minnesota Congresswoman Ilhan Omar] back,” later falsely claiming he tried to stop the chant, and later declining to condemn the slogan any further. Such behavior does not serve the cause of eliminating racism and xenophobia.

I have represented plenty of Trump supporters, seeing that I represent criminal defendants from all ends of the ideological and social spectrum. While I rarely do anything to try to influence the ideology of my clients (but do not remain silent at a client’s infrequent racists comments) and while this is a criminal defense blog rather than political blog, the president sometimes even outdoes himself on outrageousness and brings me to call him out on this blog.

Fairfax criminal lawyer Jonathan L. Katz pursues your best defense against felony, misdemeanor, and DUI cases. To discuss your case with Jon Katz, please call his staff at 703-383-1100 to schedule a confidential consultation.