Skip to content
VIRGINIA CRIMINAL LAWYER • BEAT THE PROSECUTION
703-383-1100 • jonathan@katzjustice.com • Se Habla Español • On Parle Français
Home » Blog » Criminal Defense » Vegetarian and religious diets in prison: Beyond getting along with your cellmate

Vegetarian and religious diets in prison: Beyond getting along with your cellmate 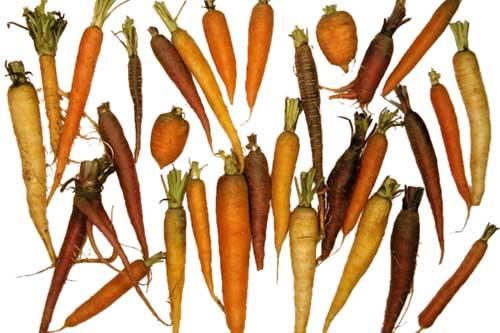 The movie Brubaker, in which Robert Redford plays a new prison superintendent masquerading as a prisoner to know what he is up against, depicts bleak, corrupt and brutal prison life; a prisoner squealing with joy and then raping a new prisoner, as everyone, including Redford’s Brubaker, looks away; one inmate helping himself to Brubaker’s bread on his first day; and Brubaker finding a worm in his chow room food — yummm, protein.

Some of this certainly happens in all prisons; some of them are less bleak than others, and others at least as bleak. What to do, then, if on top of so much bleakness a prisoner has dietary restrictions as a vegetarian (let alone as a vegan) or for religious reasons?

My initial review of the Internet shows that vegetarians generally do not have a Constitutional right to vegetarian meals; here is more on the topic. One vegetarian jail inmate told me he resorted to buying instant Asian noodles through commissary due to the lack of vegetarian options, but the instant noodles tend to be filled with empty calories at best.

If one has religious dietary restrictions, then the First Amendment right to free exercise of religion kicks in, but still is balanced against the prison’s efficient functioning.

America remains too stuck on the Standard American Diet (how SAD it is), which overfocuses on meat, milk (PETA claims that pus gets into milk all the time – cheers), and cholesterol, which easily lead to heart disease, cancer, and, PETA claims, sexual dysfunction. The SAD is apparently driven even harder in places that receive surplus cheese and other artery-clogging agricultural items that result from farm price support subsidies from Uncle Sam; I surmise that such surpluses reach some or many prisons, but have yet to verify it.

As it turns out, the cost of feeding a vegan in prison apparently is no more expensive than feeding the prisoner a SAD diet. Fortunately, numerous prisons already make vegan meals available in prison. That is amazing that beyond merely vegetarian meals, vegan meals are available. I do not yet know whether such vegan meals go as far as providing fresh fruits and vegetables, rather than frozen and canned items.

Of course, the vegetarian offerings are not always tasty. When then-sniper suspect Lee Boyd Malvo asked for meals consistent with his following Islam, the jail responded by serving him a revolting baked loaf of yuck. When that happens, it is time to speak up.

Of course, if prisons want to get wise, to have a happier and less unruly prison population, to see prisoners adjust better to the outside world when released, and to see less recidivism, they will promote healthy lifestyles in prison, including plenty of vegetarian and vegan eating options, plenty of fresh fruits and vegetables, plenty of exercise options, plenty of opportunities to get fresh air, and plenty of opportunities to feed the mind and soul, and not just the body. This is not about installing bleeding heart administrators into country club prisons. This is about breaking the cycle of human dysfunction, treating inmates and everyone else with dignity, and, in the end, having a less costly criminal justice system where fewer people will get caught (or re-caught) in that system. Jon Katz.