Vindication of criminal lawyers standing up to conflicted military judge 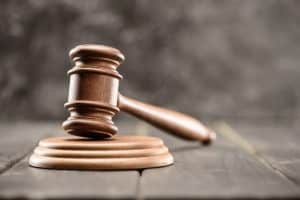 Vindication of criminal lawyers standing up to conflicted military judge

Vindication of criminal defense lawyers doing the right thing came last week when the D.C. Circuit concluded that the military judge who ordered lawyers to continue defending Abd Al-Rahim Hussein Muhammed Al-Nashiri was ethically disqualified from issuing that order. In Re Nashiri, ___ F.3d ___ (D.C. Cir., April 16, 2019.) As a Fairfax criminal lawyer, I applaud the defense team’s refusal to return to Guantanamo.

This vindication follows my late 2017 blogposting on this story. Nashiri confirms that his original trial judge was disqualified  by — without disclosing it — having been actively seeking an immigration judge posting, when the Justice Department was involved in this prosecution and also governed immigration judges.

“By letter dated January 4, 2019, the government’s attorneys in this case informed us that, upon conducting an
investigation prompted by defense counsel’s request, they had recently discovered that ‘Judge Schools intends to retire from the military in the relatively near future,’ as she, too, had “applied for and . . . accepted a post-retirement immigration judge position.'” Nashiri. Talk about one hand of the government not knowing further in advance what the other hand was doing.

A key section of Nashiri is:

“In this case, save for Al-Nashiri’s defense counsel, all elements of the military commission system—from the prosecution team to the Justice Department to the CMCR to the judge himself failed to live up to that [shared] responsibility [of criminal justice]. And we cannot dismiss [presiding military judge] Spath’s lapse as a one-time aberration, as Al-Nashiri’s is not the first meritorious request for recusal that our court has considered with respect to military commission proceedings.” Nashiri.

Virginia criminal attorney on the need for even those charged with the most heinous crimes to receive an effective defense.

One day, it will hopefully go without saying that even those people charged with the most heinous crimes need to receive a fair and public trial with an effective defense. Justice was finally done in this Nashiri ruling.