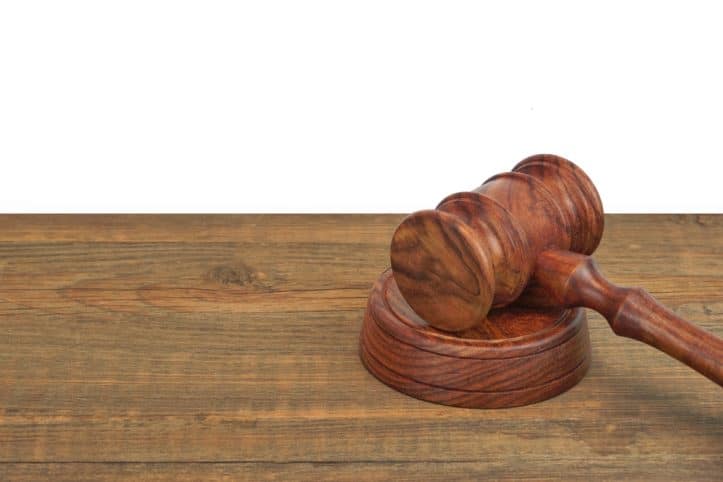 Virginia guilty pleas involve criminal defendants waiving their right to plead not guilty and proceed to trial. As a Fairfax criminal lawyer, I know that guilty pleas, as well as no contest / nolo contendere and Alford plea agreements, (collectively, Pleas, or Guilty Pleas) are entered out of the realpolitik of pursuing reduced risk against Virginia DUI, felony and misdemeanor prosecutions that risk even worse outcomes upon any conviction after a trial. Of course, only by proceeding to trial does the accused have a shot of winning acquittal in the first place. Many criminal defendants have a change of heart after the judge accepts their Plea. That point at which the judge accepts a Plea should be seen as the usual point of no return to a not guilty / trial posture in Virginia Circuit Court.

What does the law say about seeking a plea withdrawal?

The statute on withdrawing Virginia guilty pleas provides: “A motion to withdraw a plea of guilty or nolo contendere may be made only before sentence is imposed or imposition of a sentence is suspended; but to correct manifest injustice, the court within twenty-one days after entry of a final order may set aside the judgment of conviction and permit the defendant to withdraw his plea.” Virginia Code § 19.2-296. Successfully withdrawing a judge-accepted Plea is an uphill battle even pre-sentencing, and an even steeper battle post-sentencing. For post-Plea presentencing purposes, “whether or not an accused should be allowed to withdraw  a plea of guilty for the purpose of submitting one of not guilty is a matter that rests within the sound discretion of the trial court and is to be determined by the facts and circumstances of each case…. [T]he motion should not be denied, if timely made, and if it appears from the surrounding circumstances that the plea of guilty was submitted in good faith under an honest mistake of material fact or facts, or if it was induced by fraud, coercion or undue influence and would not otherwise have been made.” Hoverter v. Virginia, 23 Va.App. 454, 464 (1996) (quoting, with emphasis, Parris v. Commonwealth, 189 Va. 321, 324 (1949)).

What does the commonwealth’s criminal law say about seeking a plea withdrawal after sentencing?

Proving manifest injustice is required to withdraw Virginia guilty pleas after sentencing. Virginia Code § 19.2-296. The Virginia Court of Appeals addressed this in a recent unpublished opinion: “‘Manifest injustice is a “more severe” standard and it applies post-sentencing “to avoid motions for withdrawal based on disappointment in the terms of the sentence . . . .”‘ Brown [v.] Virginia, 297 Va. [295] at 300 (alteration in original) (quoting Lilly v. Commonwealth, 219 Va. 960, 965 (1978)).” Mendez Belmonte v. Virginia, Record No. 0889-20-4 (Va. App., Aug. 3, 2021) (unpublished). In Mendez Belmonte, the trial judge accepted a plea deal to enter a guilty plea to a felony and misdemeanor count. On a subsequent court date, the parties asked the judge to revoke her bond and schedule sentencing later. On the subsequent sentencing date, the parties presented the judge with a recommended suspended imposition of sentencing whereby “Mendez Belmonte would be placed on supervised probation for two years, and if she complied with the terms and conditions of probation, she would be permitted to withdraw her guilty plea to the felony hit and run charge and plead guilty to a lesser misdemeanor hit and run charge.” The judge treated this as a recommendation only, and declined to grant a suspended imposition of sentence. Melendez Belmonte.

What is the standard for reviewing a Virginia trial judge’s refusal to allow a guilty plea to be withdrawn?

Mendez Belmonte reiterates the standard for appellate review of a Virginia trial judge’s refusal to allow withdrawal of Virginia guilty pleas: “We review the decision to deny a motion to withdraw a guilty plea ‘for an abuse of discretion based on the “facts and circumstances of each case.”‘ Velazquez v. Commonwealth, 292 Va. 603, 612 (2016) (quoting Parris v. Commonwealth, 189 Va. 321, 324 (1949)).” Mendez Belmonte. “The record supports the trial court’s finding that the “agreement” was intended as a sentencing recommendation. Thus, we find that facts and circumstances of this case do not justify a finding of manifest injustice.” Id.

Are guilty pleas always points of no return?

As opposed to the Circuit Court setting, Virginia guilty pleas are not points of no return when entered in District Court — where convictions in Virginia District Court may be appealed for a new trial in Circuit Court –so long as waiver the defendant’s right to appeal is not part of a plea agreement. In any event, because of the Constitutional rights that get waived by entering a Plea, criminal defense lawyers need to fully explain to their clients, in advance, the rights they give up by pleading guilty, and the hurdles involved in any effort to withdraw a Plea.

Fairfax criminal lawyer Jonathan Katz pursues your best defense against Virginia DUI, misdemeanor and felony prosecutions. One visit with Jon Katz will show you the positive difference he can make to your defense. Call 703-383-1100 for a free in-person consultation with Jon Katz about your court-pending case.