Virginia murder convictions to no longer get death row 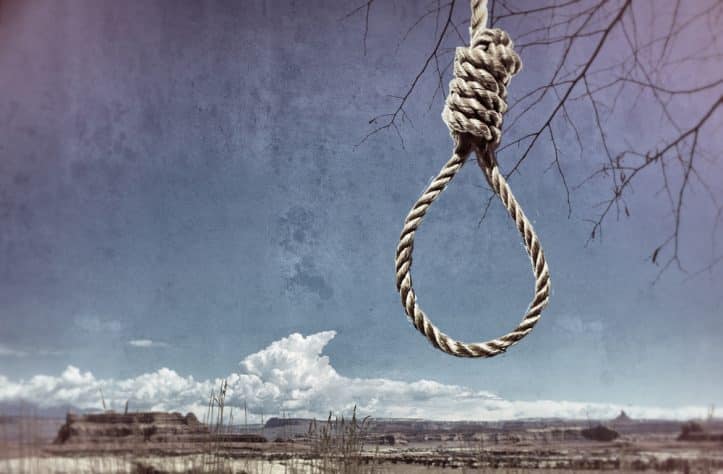 Virginia murder prosecutions had a high rate of prosecutors seeking the death penalty when I started law school in 1986, making Virginia and three other states leaders in pursuing capital punishment. Those efforts included the death penalty-pursuing zeal of now-former decades-long commonwealth’s attorney Paul Ebert in neighboring Prince William County, and the early use of DNA evidence by then Arlington County chief prosecutor Helen Fahey against defendant Timothy Spencer.  Today is a new day. After the winners of the most recent Fairfax, Prince William and Arlington County chief prosecutor’s races in 2019 proclaimed their disinclination if not total refusal to seek death sentences, this week both chambers of the Virginia legislature voted for a total repeal of the capital punishment. See here and here for the vote tallies and legislative history. Governor Northam already previously stated his intention to approve such legislation, meaning that this is a done deal.

Abolition of the death penalty for Virginia murder convictions continues in the footsteps of dozens of states before it. This turn of events is breathtaking for me. By the time I finished college, I was solidly opposed to capital punishment, in part influenced by my work with Amnesty International, which characterized capital punishment as irreversible for convicted innocent people, racist in effect and often in application, and the ultimate form of torture.

I remember the justifications and sometimes distance with which those in governmental power would treat my complaints about having capital punishment. My letter to a Congressional candidate in my district yielded a personal phone message from her that she did not think capital punishment was wrong in all instances. My approaching then Supreme Court justice Scalia, when I was a law student, with a petition signed by scores of people proclaiming the death penalty a violation of the Fifth, Eighth and Fourteenth Amendments met with his telling me to bring that up in oral argument (which actually is the best approach for Supreme Court justices to consider all issues to come before the Court, although they learn public opinion one way or the other). My call to the Texas governor’s office when I was a year out of law school against an impending execution met with a gubernatorial assistant’s reasoning that capital punishment was popular with a large percentage of those who had elected the governor. My former public defender officemate, an important friend before then, relocated to Florida several years ago, and became a prosecutor pursuing affirmance of capital convictions; the only way I was able to continue being his friend was to remember who he was when I first met him.  A criminal defense colleague excitedly called to seek my financial support for his Virginia House of Delegates campaign — which did not succeed — but made the fatal error early on to be dismissive of my one of two questions early in the conversation about whether he would support death penalty abolition. He merely opined that the legislature was not about to do that, and transitioned to his campaign pitch; nothing ventured, nothing gained. I will resist the temptation to rub this abolition development in his face.

My criminal defense clients over the years have pointed out how harsh has been the Virginia criminal justice system, ticking off such considerations as the slew of prosecutions presuming no bond, the pressure for felony defendants to plead guilty lest they face the vagaries of a jury sentencing proceeding, the low dollar threshold to make a theft prosecution a felony matter, and the prior widespread pursuit of capital punishment in Virginia murder prosecutions. I would sometimes over-simplistically reply that Virginia is the cradle of the confederacy, and the harsh criminal justice system can be viewed through that history. Now, starting this year judges will sentence after all Virginia convictions unless the defendant requests jury sentencing timely after being convicted by that body, the felony theft dollar threshold is now $1,000 when it was only $200 a few years ago, and the death penalty will soon be a relic of Virginia’s past.

Deeply thanking the true believers who pushed for death penalty abolition in the courts, the legislatures, the ballot boxes and through protest

As with so many efforts to change entrenched aspects of injustice in society, death penalty abolition for Virginia murder convictions and all other convictions came only after decades of toil, frustration, dead-ends, and then more and more sunlight. Through my own peripheral involvement in opposing the death penalty, I saw first hand the impressive coalitions that were built among such players as ardent civil libertarians and those motivated by religious conviction. I salute the criminal defense lawyers who have burned the midnight oil to save their clients from execution and to overturn capital punishment sentences through the appellate and habeas corpus processes. I thank the people who pushed for capital defender and capital resource offices in Virginia and beyond, so that criminal defense lawyers for such cases were not reinventing the wheel for each such defense. I recognize the view of some great criminal defense lawyers that agreeing to do such defense provides death penalty-qualified lawyers in jurisdictions that require such a demonstrated level of ability and competence, and helps eliminate the habeas corpus argument that the defendant received ineffective assistance of counsel, of course with the current capital punishment defendant — and any criminal defendant for that matter — suffering when instead having an inferior lawyer.

Will the federal death penalty blunt the benefits of abolishing capital punishment in Virginia?

The fight is never over for criminal defendants

Capital punishment abolition in Virginia murder prosecutions5 is a major development. At the same time, that does not change the many remaining harsh aspects of Virginia’s criminal justice system, including presumption of no bond in too many circumstances, mandatory minimum sentencing, major incarceration exposure under the advisory sentencing guidelines (which are followed by so many judges), and severe DUI laws. The abolition of the death penalty brings Virginia into the 21st century, eliminates that aspect of racial injustice in America, and frees up the resources and time of criminal defense lawyers to focus their attention on their clients’ remaining needs.

Fairfax criminal lawyer Jonathan Katz knows he is on the side of the angels in pursuing your best defense against Virginia felony, misdemeanor and DUI prosecutions. See for yourself what Jon Katz can do for you in criminal court. Call 703-383-1100 for a free in-person consultation with Jon about your court-pending criminal case.