Skip to content
VIRGINIA CRIMINAL LAWYER • BEAT THE PROSECUTION
703-383-1100 • jonathan@katzjustice.com • Se Habla Español • On Parle Français
Home » Blog » Criminal Defense » Virginia sentencing must only be by jury at a defendant’s asking- Speak out 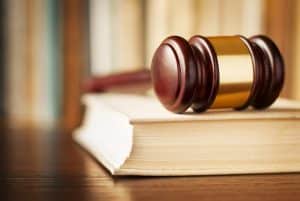 Virginia sentencing should not be by underinformed jurors, let alone by jurors at all, says Fairfax criminal lawyer

Virginia sentencing starts with a jury recommendation if the jury convicted. As a Fairfax criminal lawyer, I know that Virginia is one of only two states in the nation that requires a convicting jury to recommend the sentence for a criminal defendant, for all felonies and Class 1 misdemeanors. As a Fairfax criminal lawyer and Virginia resident insisting on a just criminal justice system, I ask all Virginia voters immediately to urge your state House of Delegates members to vote for Senate-passed SB5007, which puts non-capital sentencing in a judge’s hands unless the defendant requests otherwise.

Why is Virginia sentencing a racial justice issue?

Even the most careful vetting will not weed out all virulently racist judges. Jury selection takes place much more quickly and superficially than the selection of judges, which means even more racists not being spotted until it is too late, when they are already seated in the jury box. For that reason alone, Virginia criminal defendants should not only be permitted to veto jury sentencing but should be permitted to veto a jury trial rather than a bench trial. Currently, all Virginia Circuit Court felony and misdemeanor trials are by jury unless both the criminal defendant and commonwealth’s attorney / prosecutor agree to waive a jury.

Many factors influence whether a Virginia criminal defendant proceeds to trial or enters a guilty or no contest plea. Two key factors in that decision often are whether the prosecutor will waive a jury trial and what the jury might recommend for sentencing in the event of a conviction with a jury. The great criminal defense trial teacher and practitioner Terry McCarthy has aptly called non-jury trials slow pleas. That does oversimplify the situation, because what if the judge is enlightened but the jurors are the opposite, or, worse, a combination of racist, biased for the prosecution, uncaring, and also unenlightened?

Is a jury better for deciding whether to acquit?

As a Fairfax criminal defense lawyer, I usually prefer a jury over a judge for the guilt-innocence phase of the trial, where the judge might not be seeing the case with a fresh eye, sometimes wrongly feeling that you’ve seen one and have seen all of a particular trial scenario. For Virginia sentencing, though, I usually want the jury out of the picture.  Much is at stake for jury sentencing. For felony convictions, Virginia judges typically sentence weeks after a conviction, when their passions are cooled, whereas jury sentencing recommendations come immediately after a sentencing hearing that comes immediately after trial, which means the jurors’ passions and emotionsre are as inflamed and raw at sentencing as when they voted to convict. Virginia jurors are not allowed to recommend any partially nor fully suspended sentence. For Class 4 and more serious felonies than that, the jury does not even know that the judge can start sentencing below the sentencing floor that they are told. Va. Code § 18.2-10. Jurors never are told about Virginia’s advisory sentencing guidelines, which judges must always consider.

With numerous self-styled reformist and progressive chief prosecutors / commonwealth’s attorneys now in office in Virginia, no longer is the Virginia Association of Commonwealth’s Attorneys as united a front as it used to be, with eleven chief prosecutors having formed the boldly named Virginia Progressive Prosecutors for Justice. None of those eleven signed up with sixty-six chief prosectuors (see pages 1 and 2 of the 66’s letter) opposing Senate Bill 5007, that addresses Virginia sentencing. A good part of the 66 chief prosecutors’ letter is their agreement in principal for exploring eliminating some mandatory minimum sentencing schemes, and informing jurors of defendants’ advisory sentencing guidelines. letting jurors recommend a suspension of a portion of the defendant’s sentence, and letting jurors begin sentencing recommendations from as low as no jail time for felonies that currently start at no less than two years for the sentencing range.

Should I fear proceeding before a jury for my Virginia criminal or DUI case?

Trials involve risks but are the only way to avoid a conviction short of a pretrial case dismissal. For those criminal defendants who actually committed a crime, they took a risk at violating the law and may recognize that going to trial is simply one more risk being taken thereafter. For those who are innocent, it is troubling to know that many jurors and judges wrongfully convict completely innocent people. One can increase the chances of obtaining a favorable trial result by obtaining the right Virginia criminal defense lawyer.

Fairfax criminal lawyer Jonathan L. Katz has a proven track record of success defending hundreds of clients at trial against felony, misdemeanor and DUI prosecutions. When you meet with Jon Katz about your case, you will be more informed and confident about your case options. Call 703-383-1100 for a free in-person consultation wtih Jon about your court-pending criminal case.