Welcome out of prison, Tony Serra! 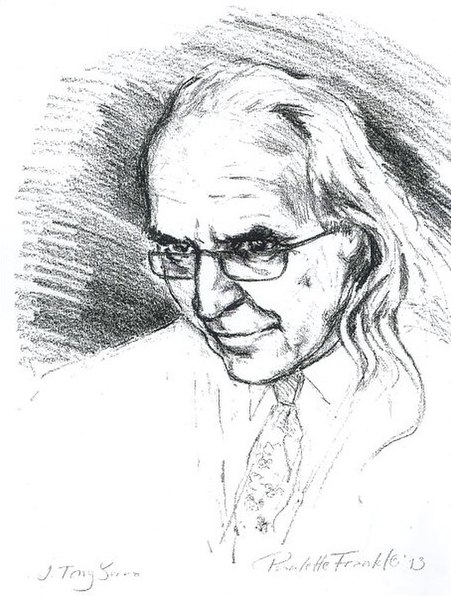 Tony Serra is a fascinating and very skilled person and lawyer. He fights for justice for the sake of justice. He buys his suits used and wears them until they are threadbare, drives cheap used cars that are nothing to look at, charges little money and has little of it (because he helps serve equal justice by doing plenty of low bono and pro bono work), and has reveled for four decades in fighting on the side of justice. Tony’s limited interest in material goods and comforts goes back to when his mother would give her children material with beautiful colors as holiday gifts, so they could groove on the art and the colors, rather than on materialist gift-giving. He is a true role model for practicing law to serve justice and to shun letting money get in the way.

Unlike many other big-name criminal defense lawyers, Tony does not seem to appear frequently at lawyer seminars, although I imagine he is frequently invited. Therefore, now that he is out of prison since earlier this year for his tax evasion conviction, I have resolved to find out where he is trying cases and to set aside time to fly to see him in action and to learn from him. I plan to ask Tony directly where he will be trying cases, but if you know where he will be — in court, giving seminar presentations, or appearing anywhere else — please let me know.

Tony inspires me with his ability to view his opponents as enemies while earning their respect. He echoes many of my own views when saying:

“To litigate properly in an adversarial system, one must postulate an enemy,” [Tony] says. “Narcs are my enemies, informants are my enemies, overzealous, brutal police officers are my enemies. Prosecutors especially are my enemies because so many of them are sick and twisted people who abuse their positions. Mostly they become cynical and contemptuous over time, but the worst are the ‘true believers,’ because they feel they’re entitled to go to any lengths to put somebody away.” (From “The Believer Behind Bars,” SanFran.com).

To heck with the claim that the best advocate can do just as well arguing any side of an issue. When a lawyer fights for the side for which s/he is passionate, caring and has venom, the quality of the fight and advocacy will be all the better. This does not preclude respecting our opponents as people, as we must for many reasons, including that they are fellow humans.

Many aspects of practicing criminal defense are exhilarating. However, the work is not without such necessary drudgery as sifting through multiple pages of sometimes boring discovery sections to pan for gold, going through legislative reports to find an escape hatch from conviction, and even getting a client file fully organized so that any document can be accessed within seconds at trial. While slugging it out in the pits, I get extra energy, inspiration and venom knowing that role models like Tony Serra are out there.

Thanks, Tony, for your ongoing inspiration. Jon Katz.

Posted in Uncategorized
← Much Ado About Paris?Marks & Katz in the CT Post about fighting for justice →