What is cocaine base- Virginia drug lawyer on defending crack & powder 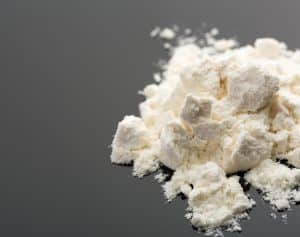 What is cocaine base- Virginia drug lawyer on defending crack & powder

What the 18-to-1 crack to powder cocaine federal sentencing disparity (100-to-1 before 2010) does is to penalize cocaine base/crack more severely even though it is pharmacologically the same as powder cocaine. statutory language (e.g., 21 USCS § 841(b)(1)(A)(iii)) distinguishing “cocaine base” from powder cocaine. As a Fairfax criminal lawyer, I know that some federal courts have equated cocaine base interchangeably with crack, and others have looked at the smokability of the substance, as discussed further below.

The generally more conservative Fourth Circuit treats cocaine base and crack interchangeably. U.S. v. Ramos, 462 F.3d 329, 434 n2 (4th Cir. 2006). What the District of Columbia Circuit, however, has ruled is that a conviction for cocaine base — rather than for powder cocaine — requires proof that the cocaine base is smokable. Brisbane, 367 F.3d at 914.

The cocaine base-powder sentencing disparity needs to be eliminated. What some so-called tough-on-crime advocates have suggested is to close this sentencing gap by increasing the penalties for powder cocaine. I say that the entire drug enforcement system must be completely overhauled to focus more on a harm reduction approach that includes marijuana legalization, a heavy reduction of penalties, and the elimination of mandatory minimum sentencing.