When one federal agency sues another 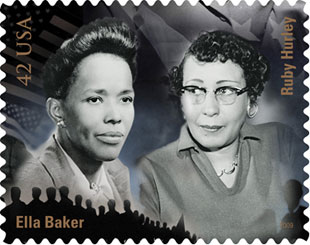 From the USPS’s Civil Rights Pioneers series issued in 2009 during the NAACP’s 100th anniversary.

ADDENDUM: As an aside, while in public school I avidly collected postage stamps, coins, and paper money going back to the 1800’s. Regardless of any political messages thereon — and some are very good ones, including in the stamp pictured above — the United States has produced many very striking and high quality stamps, coins and paper money.

For over two decades, many times I would pass by the Postal Museum, which is a few blocks from the Capitol. I finally went in to take a visit at lunchtime recently after finishing at the Superior Court. I was told to go through the metal detector. Too many amusement places now insist on passing through metal detectors, including museums, amusement parks, the Old Post Office Pavilion and food court in D.C., and the list goes on. The situation went from a scarcity of metal detectors at such places into the 1980’s, to a snowball effect after September 11. I passed on passing through the metal detector to see the stamp museum.