Why did Justice Department install anti-pornography crusader on immigration court?

May 31, 2007 Why did Justice Department install anti-pornography crusader on immigration court? 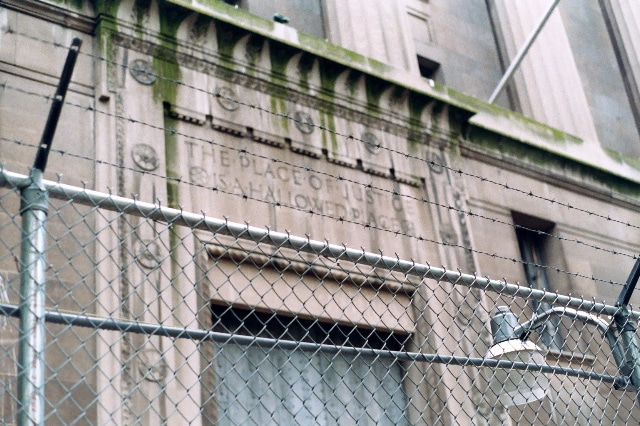 Like the multiple layers of a pungent onion, U.S. Attorney-firing-gate turns out to be just one layer of unseemly hiring and firing practices at the Justice Department, including the over-politicization — in terms of liberals, conservatives, and those in between — of hiring of (1) highly-paid (with annual pay exceeding $100,000) immigration administrative law judges and (2) law students and recent law school graduates.

As much as I decry the rampant injustices inflicted from the Justice Department (the Justice Department’s policing activities (e.g. with the Federal Bureau of Investigation), alone, provide enough fodder for such criticism), I learned years ago that many of the department’s career lawyers are very decent, capable, and well-meaning people, no matter how much I may disagree with many of the positions they advocate for their employer. Politicizing the department’s career lawyer hiring process would change all that.

Now, the Justice Department’s Inspector General and Professional Responsibility chief have informed those at the Justice Department that “Among the issues that we intend to investigate are allegations regarding Monica Goodling’s and others’ actions in DOJ hiring and personnel decisions; allegations concerning hiring for the DOJ Honors Program and Summer Law Intern Program; and allegations concerning hiring practices in the DOJ Civil Rights Division.”

Now for the title of this blog entry: “Why did the Justice Department install an anti-pornography crusader on the immigration court?” It turns out, by the Justice Department’s own admission, that from October 2004 to January 2006, at the very least, “the overwhelming majority” of immigration administrative law judges (“ALJ’s”) (they are Justice Department employees who are among the ranks of well over one thousand Executive Branch ALJ’s) were hired without public competition. By April 2007, according to a Justice Department spokesperson, immigration ALJ vacancies are now publicly announced and the hiring process “places the initial vetting, evaluation, and interviewing function for all candidates in the Office of the Chief Immigration Judge and [the Executive Office for Immigration Review].”

During the Justice Department’s non-competitive immigration judge hiring season, the department hired plenty of people who were short on immigration law experience and long on Republican connections. The politically-motivated (so it woudl seem) immigration judge appointee who stands out the most for me is anti-adult entertainment crusader Bruce Taylor.

I certainly hope that what I find to have been Mr. Taylor’s unjust interpretation of the First Amendment does not translate into unjust rulings from him as an immigration ALJ. The impact of his decisions as an ALJ are too important for that to happen.

In any event, immigration law is so complex and in-depth that it takes probably at least one to two full years of full-time immigration law practice to get a good handle on general immigration law issues, let alone on the many more in depth issues. Bypassing the competitive hiring process to appoint loyal Republicans overlooks the need to have immigration law judges who not only sufficiently understand immigration law, but who also have the necessary compassion and demeanor to be making decisions that often will have lasting and deep impacts on the lives of immigrants and their families, including decisions about deportation, setting pretrial bail, and approving or disapproving green cards and other critical visas. To be certain, federal District Court, Circuit Court, and Supreme Court judges ordinarily are nominated by the president with political considerations in mind, but at least those nominations are subject to in-depth Senate scrutiny, hearings, input from the American Bar Association and other organizations, and voting, and at least such judges serve lifetime appointments that give them more courage to follow the law; immigration judges remain employees of the Justice Department. Jon Katz.