Fairfax Criminal Lawyer on need to attack chain of custody 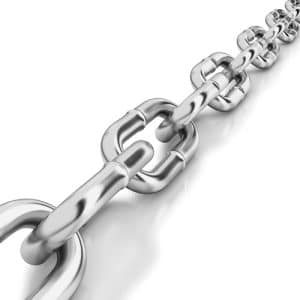 Chain of custody can be compromised in many ways, and that compromising needs to be pounced on

Chain of custody involves the chronological movement, treatment, and physical changes of criminal case evidence from the time it comes into existence, and then is collected, packaged, transported, opened and repackaged. The importance of reliable chain of custody includes such factors as assuring the correct source of the item; assuring the item has not been compromised by contamination (for instance by being held in bare hands or being placed on the same surfaces as unrelated evidence without first cleaning the surface) nor commingling with items or fingerprints unrelated to the case; and assuring that the item is in close to the same physical condition as when it was first recovered (for instance, a rock of crack can break into multiple pieces as it gets handled by multiple people).

Contamination and compromising of physical evidence in a criminal case is easy to take place. Let us take the example of a homicide scene. Before police even arrive at the corpse, multiple people and animals (for instance dogs) may have walked around and touched the area of the corpse and the corpse itself. That invites compromising and losing essential evidence, starting with when the perpetrator’s footprints are stepped on by others. Insufficiently trained police easily can compromise evidence by holding it in their bare hands, adding to the evidence themselves (for instance adding shoe prints to a homicide scene), and not keeping unnecessary civilians and others away from the evidence.

Chain of custody gets proven not by the say-so of police, but by essential people in that chain

Of course, police get invested in their cases, and when they learn that chain of custody or other essential police procedures have been compromised or even bungled, as with all humans, they may prevaricate.

Becoming a police officer or police employee does not immunize the person against prevaricating, mis-stating, mis-remembering, or otherwise not telling the truth, the whole truth and nothing but the truth, that is required by a witness’s oath for testifying in court. That is why cross-examination is so important for a criminal defense lawyer to have available, not only with all chain of custody witnesses, but with all prosecution witnesses.

Judges should not deny criminal defense lawyers sufficient opportunity to challenge physical evidence and those in the chain of custody.

The bottom line is that the defense must be ready to challenge chain of custody in every case involving incriminatory physical evidence.

Fairfax criminal lawyer Jon Katz has repeatedly been challenging chain of custody in defending his clients, since 1991. To discuss your case with Jon, please call his staff for a confidential consultation, at 703-383-1100.