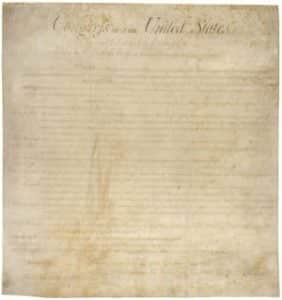 RIGHTS OF CRIMINAL SUSPECTS – Fairfax, Virginia Criminal Lawyer on TOP 10 THINGS TO KNOW  When Stopped, Arrested or Suspected by the Police

The right of the people to be secure in their persons, houses, papers, and effects, against unreasonable searches and seizures, shall not be violated, and no warrants shall issue, but upon probable cause, supported by oath or affirmation, and particularly describing the place to be searched, and the persons or things to be seized. U.S. Constitution, Fourth Amendment.

A police detainee “must be warned prior to any questioning that he has the right to remain silent, that anything he says can be used against him in a court of law, that he has the right to the presence of an attorney, and that if he cannot afford an attorney one will be appointed for him prior to any questioning if he so desires. Opportunity to exercise these rights must be afforded to him throughout the interrogation.” Miranda v. Arizona, 384 U.S. 436, 478-479 (1966).

The police are trained to persuade people to give up their Constitutional rights and to catch them off guard. Nobody is safe from becoming a criminal suspect, whether rightly or wrongly. Here is a non-exhaustive list of your essential rights when dealing with the police in the United States.

Fairfax criminal lawyer Jon Katz has been defending thousands of criminal defendants’ rights since 1991. To discuss your case with Jon, please call his staff at (703) 383-1100 for a confidential appointment.