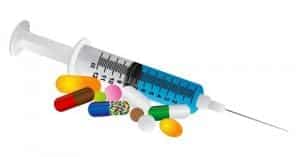 Drug abuse, use of illegal drugs, and illegal drug dealing is rampant in Virginia. As a Fairfax drug lawyer, I know that police are constantly on the prowl not only for controlled substance (“CS”) violations, but also for setting up potential CS defendants through law enforcement stings. Virginia’s CS laws are harsh, and call for a full-court press defense, which Virginia drug lawyer Jon Katz delivers through his successful experience defending hundreds of people charged with controlled substance offenses.

How do I avoid a Virginia drug arrest in the first place?

As a Fairfax criminal lawyer, Jon Katz knows that if you are in a car with someone possessing drugs or other contraband, at a party near people snorting cocaine or dropping LSD, or a with a housemate or friend possessing illegal controlled substances, you are yourself at risk of prosecution and conviction. Consequently, being careful about whom you associate with is one step on the road to reducing your exposure to being arrested, convicted and sentenced for controlled substance offenses.

What are my rights when Virginia police stop my car and fish for drugs and other contraband?

Your car is a moving target allowing police to stop you under the pretext of an actual traffic law violation to investigate more serious law violations, including violations of the drug laws; so beware driving with defective equipment, violating the moving violation laws, and being in a car with anyone you do not know and trust, including hitchhikers. Remember your right to refuse to talk with the police and to refuse all searches. Beware that other occupants in a car might toss their contraband as far away from them as possible, and right into your actual or proverbial lap, whenever police stop a vehicle.

What do I do when police arrive with a search warrant for illegal drugs?

Remember that even if the police have a warrant to search your home, place of business or property for drugs or other evidence of crime, you have no obligation to assist their search. Beware admitting to police whether you own the subject real estate or personal property or which room you occupy, and beware showing police any safes or computers and divulging any lock combinations or computer passwords. Silence is golden when an actual or potential police suspect. Also, ask police if you are free to leave when they arrive to execute a search warrant. If you stay when free to leave, expect police to be observing whether you are looking in the direction of possible contraband, and expect police to question you.

Your Virginia drug defense needs to be a full court press

A key part for Fairfax drug lawyer Jon Katz in defending against drug and other criminal charges is to mount a Fourth Amendment challenge to the legality of the search and seizure in the first place. Also critical is challenging whether the substance can be proven to be contraband and to be the substance that is claimed in the criminal charging document. Additionally, culpability for possessing (whether individual or joint possession) illegal drugs and other contraband requires proof that the defendant had knowledge, dominion, and control over the alleged contraband.

What if the drugs found by police is prescription medication?

Virginia drug law is harsh, risking turning people into felons for mere personal possession for Schedule I and II drugs (Virginia Code § 18.2-250),  dangling so-called 251 dispositions for first-time drug possession offenses which will still turn the person into a felon if probation is violated for a Schedule I or II case, imposing a presumption of no bail for drug felony arrests when on release for another pending felony case or when charged with drug dealing when previously convicted for drug dealing (Va. Code § 19.2-120), imposing harsh advisory sentencing guidelines for drug dealing, topping that off with mandatory minimum sentencing for repeat offenses and certain minimum drug quantities (Va. Code § 18.2-248), and heaping additional mandatory minimum sentencing when firearms are involved.

Am I eligible for the Virginia good samaritan drug law?

Check with your Virginia drug lawyer whether you are eligible for defending yourself under the good samaritan law related to drug overdoses. Virginia law generally bars a drug possession conviction when a person overdoses and: “Such individual (i) in good faith, seeks or obtains emergency medical attention (a) for himself, if he is experiencing an overdose, or (b) for another individual, if such other individual is experiencing an overdose, or (ii) is experiencing an overdose and another individual, in good faith, seeks or obtains emergency medical attention for such individual, by contemporaneously reporting such overdose to [an emergency responder]; 2. Such individual remains at the scene of the overdose or at any alternative loc[ation to which he or the person requiring emergency medical attention has been transported until a law-enforcement officer responds to the report of an overdose… [and] 3. Such individual identifies himself to the law-enforcement officer who responds to the report of the overdose…” Virginia Code § 18.2-251.03.

What can I do to defend against a Virginia drug prosecution?

Obtain a qualified Virginia drug lawyer when arrested for a CS offense. With your lawyer, it is important to discuss the event, possible defenses, and self-improvement / self-rehabilitation (for instance to addreess addiction) steps you can take to improve your chances with case negotiations and any sentencing.

CALL FOR A FREE MEETING about your court-pending criminal or DUI case.