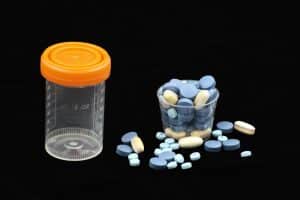 Testing for allegedly illegal drugs/ controlled dangerous substances — other than marijuana plant material (versus hashish oil) — commonly takes at least four months in my clients’ drug cases, and often longer. An exception is for marijuana plant material testing, where I have seen recent testing intervals of around one month. As a Fairfax criminal lawyer, I take these testing delays in formulating and pursuing my clients’ defense.

In the Fairfax courthouse and beyond, criminal lawyers repeatedly attend first preliminary hearing date (where the court determines whether reasonable grounds exist to believe that the defendant committed the alleged felony(ies)) when the alleged cocaine, hashish oil, heroin/Oxycontin/opiates, LSD, Adderall, methamphetamine, and other alleged drugs have not yet been tested by the Virginia Department of Forensic Science (DFS). The DFS is so backed up with drug testing that a point to be made in pursuing favorable settlement negotiations is that by not being called to testify at trial, the chemist can be back at the lab testing for more drugs.

The parties are free to negotiate possible settlement deals without having a drug chemist test in hand yet, but that deprives both sides of knowing with better certainty than police drug field tests, the illegal drug composition of the seized substances (if any) and the weight (which affects proof of simple possession versus intent to distribute, but the DFS does not require its chemists to ascertain net versus gross weight (DFS Controlled Substances procedure manual section 4.2)) let alone that hash oil can only be established through a chemist’s testing and weighing.

On the Virginia preliminary hearing date, the prosecutor lacking a drug certificate of analysis will either proceed on the police field test, seek a postponement of the hearing date or move to enter the case nolle prosequi/ dismissed without prejudice.

A preliminary hearing continuance requires good cause shown, which is more likely to be found if both parties so agree. Va. Code § 19.2-265.3. In deciding whether to oppose a prosecutor’s continuance or nolle prosequi motion under such circumstances, a Virginia criminal lawyer needs to weigh such factors as the importance of obtaining essential testimony through a preliminary hearing that is not sufficiently available through discovery and investigation, versus relying on the case’s possibly slipping through the cracks if entered nolle prosequi.

Testing will be assisted by a private Pennsylvania lab, but the DFS will do final testing if the drug prosecution proceeds to trial

In March 2019, the Virginia DFS announced that it has added more drug chemist positions to clear the testing backlog, and has enlisted the private Willow Grove, Pennsylvania NMS labs to help test drugs, whereas the DFS will do the final testing if a drug case proceeds to trial. That raises geographical logistic issues (transporting allegedly illegal drugs to a Pennsylvania lab over 150 miles from Fairfax, Virginia), together with adding an extra layer of chain of custody and possible evidence contamination and compromise, for the defense to attack.

Or, Virginia could simply heavily decriminalize drugs, which would eliminate the DFS backlog, and help to better balance scarce government revenue.