Pushing back against Virginia DUI prosecutions from the start 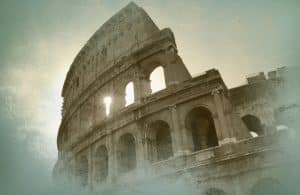 Pushing back against Virginia DUI prosecutions from the start

Pushing back against DUI prosecutions needs to be the default for any Virginia criminal defendant charged with such an offense. As a Virginia DUI attorney, I say never give up and never give in with this and all other criminal prosecutions.

Sure wins and losses are unusual in Virginia criminal court. When a prosecution at first seems weak, it can build up steam. When a DUI defendant feels his or her back is against the wall, his or her lawyer may be able to move the defense away from the wall or move the wall. I use the pushing back metaphor all the more because of the power I derive from taijiquan push hands practice.

A defense victory is a victory no matter how obtained, whether by a favorable negotiated resolution, a final dismissal, or an acquittal/not guilty verdict. When I am pushing for a favorable settlement for a client, I look at how well armed the prosecutor is, and whether s/he has or will have the necessary witnesses and evidence at trial to be able to convict. I also look at who the judge is and the jury pool composition, because each side’s chances of a favorable outcome at trial and with any sentencing affects how each side proceeds with negotiations. I also consider who our prosecutor is (and which prosecutor we might get next time if the case gets rescheduled), because different prosecutors have different negotiating approaches.

When a prosecutor has all his or her necessary witnesses and evidence available on the trial date — and does not agree to a desirable settlement offer — that does not automatically preclude a defense victory at trial by pushing back. During my over two decades trying hundreds of cases, I have seen prosecutors and witnesses falter or reveal defense-beneficial evidence during trial in ways that have enabled me to turn a tough-looking situation into a defense victory, running from mess-ups by prosecutors and prosecution witnesses on dates and other essential details to prosecution witnesses whose availability changes to judges or jurors who view the evidence more favorably to the defense than I had anticipated.

Virginia DUI and other misdemeanor prosecutions commence in the General District Court. If a defendant loses in District Court, s/he has the right within ten days to appeal for a new trial in Circuit Court, which will be by a jury of seven unless both sides agree to waive a jury trial. The appeal also provides the defendant an opportunity to remain out of jail pending the new trial in Circuit Court, by pushing to keep pretrial release conditions the same as in District Court or to set a reasonable appeal bond.

Numerous of my clients pick up new criminal charges while awaiting trial on a DUI or other criminal case. That is the wrong path to be on. Once a person is charged with DUI, the days are over to risk driving within twenty-four hours after consuming alcohol and to risk any new arrests. Additionally, Virginia DUI defendants need to take proactive steps to show they are pushing with positive direction in their lives, to assist with case negotiations and any sentencing.

Virginia DUI prosecutions must be fought tooth and nail.