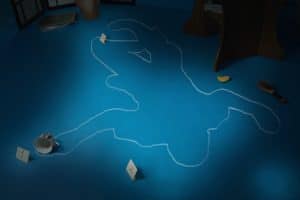 Murder and other homicide crimes are relentlessly pursued by Virginia police and prosecutors. As a Fairfax criminal lawyer, Jon Katz knows that it is essential for you to obtain a qualified lawyer right away If you are a homicide or murder suspect. On top of that, as with all crimes, it is critical for you to know your right to remain silent, to decline to agree to any searches, and to demand the assistance of a lawyer. Beware when reporting a homicide or other crime becoming a suspect yourself. Your first instinct may be to do whatever you can to help police catch the actual perpetrator, but police and prosecutors too often finger the wrong person as the perpetrator. Obtaining a qualified lawyer to help you report a crime can make a big difference for protecting your rights. (As with the rest of this website, this is not legal advice.)

What is the difference among capital murder, first and second degree murder, and manslaugher?

Homicide means the killing of one person by another. The killing may have been intentional or not, and may even have been accidental or otherwise unintentional. Sometimes a homicide has not taken place at all, for instance when a person dies of natural causes but police or prosecutors accuse the suspect of poisoning the decedent or injuring the decedent in a way that brought death on a later date. See below for a discussion of the different types of homicide.

What is capital murder under Virginia law?

A capital murder conviction generally gets the death penalty (unless the defendant was a minor when the crime was committed), which has not yet been abolished in Virginia, nor at the federal level. Virginia Code §§ § 18.2-31 and 18.2-10.

The Virginia’s Code’s definition of capital murder is at Va. Code is at Va. Code § 18.2-31, and covers the willful, deliberate, and premeditated killing of another person in numerous instances, for instance – with further specifics explained in the Code -- by kidnapping, for hire, by an inmate, during an attempted or completed robbery, during or after a rape or other penetrative sex assault, through killing a law enforcement officer, by multiple killings, in committing a drug trafficking felony, killing a pregnant woman with the intent to terminate the pregnancy, killing a minor under fourteen years old, killing in the act of terrorism, killing a judge, and killing a crime witness. The United States and Virginia Supreme Courts mandates that a jury consider the mitigating and aggravating circumstances before a death sentence may be ordered. Prieto v. Virginia, 283 Va. 149 (2012) and 278 Va. 366 (2009).

What is first degree murder in Virginia?

First degree murder generally means premeditated and deliberate killing. More specifically, the Virginia Code defines first degree murder as follows: "Murder, other than capital murder, by poison, lying in wait, imprisonment, starving, or by any willful, deliberate, and premeditated killing, or in the commission of, or attempt to commit, arson, rape, forcible sodomy, inanimate or animate object sexual penetration, robbery, burglary or abduction, except as provided in § 18.2-31, is murder of the first degree, punishable as a Class 2 felony." Virginia Code § 18.2-32. As a Virginia Class 2 felony, murder in the first degree is subject to "imprisonment for life or for any term not less than 20 years." Va. Code § 18.2-10.

What is second degree murder in Virginia?

Murder in the second degree generally means deliberate killing without premeditation: "All murder other than capital murder and murder in the first degree is murder of the second degree and is punishable by confinement in a state correctional facility for not less than five nor more than forty years." Virginia Code § 18.2-32. Felony homicide is also punished as second degree murder: "The killing of one accidentally, contrary to the intention of the parties, while in the prosecution of some felonious act other than those specified in §§ 18.2-31 and 18.2-32, is murder of the second degree." Virginia Code § 18.2-33.

What is voluntary and involuntary manslaughter?

Both voluntary and involuntary manslaughter are Virginia Class 5 felonies, carrying up to ten years in prison. Virginia Code §§ 18.2-35 and 18.2-36. Voluntary manslaughter is a killing committed while in the sudden heat of passion upon reasonable provocation. Smith v. Virginia, 68 Va.App. 399 (2018). Smith’s concurrence is an important read as to the concept about whether “heat of passion” should be an affirmative defense rather than an element of the crime.

Involuntary manslaughter is unintended homicide that is the “direct result of negligence so great as to show a reckless disregard of human life.” The negligence “must have been criminal negligence, and it must have been ‘reckless or wanton and of such a character as to show disregard of the safety of others under circumstances likely to cause injury or death.” Darnell v. Virginia, 6 Va.App. 485, 487-488 and 492, 370 S.E.2d 717 (1988). It is manslaughter to cause death by shooting or throwing a missile or other object "unlawfully, but not maliciously" at an occupied motor vehicle, water craft and train. Virginia Code § 18.2-154. Causing death as a result of driving DUI is involuntary manslaughter, and involuntary aggravated manslaughter if done in a more aggravated fashion. Virginia Code § 18.2-36.1.

What are some defenses against a Virginia homicide prosecution?

Without eyewitness testimony from the decedent in a homicide prosecution, police and prosecutors will rely all the more on DNA, fingerprint, and other forensic evidence, all of which should be attacked by the defense.. Jon Katz believes strongly in mounting an effective defense for all criminal defendants, no matter how innocent or not he may feel they are. Jon’s job is not to judge his clients, but to recognize them as the whole human beings that they are and to present a full-court press towards as much victory as possible.