Prince William County has one of Virginia's busiest courthouses. located in Manassas. Virginia Criminal lawyer Jon Katz since 1991 has repeatedly defended clients charged with criminal and DUI offenses in the county court, which is one county away from Jon's Fairfax County, Virginia office. 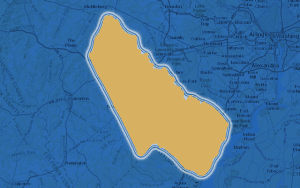 Although parts of Prince William County are rural, this is one of Virginia's second most populous counties, and includes such highly populated areas as Woodbridge and Manassas. On top of that, plenty of people pass through the county on such major highways as Route 95 and Route 66.

Prince William County has a law and order courthouse, calling all the more for a qualified criminal defense lawyer

Prince William County has had a thriving immigrant community, but the county is far from being at any risk of becoming a sanctuary county nor to have sanctuary cities. This is a law and order county, although the chief prosecutor who took office in January 2020 is in some respects more reformist than her predecessor.

Prince William County is three counties away from Washington, D.C., and its jurors are generally law and order jurors. who should not be expected to be initially skeptical about police and prosecutors.

Unless the criminal defense lawyer schedules a hearing to obtain discovery in advance of the General District Court trial date, Prince William prosecutors may generally only agree to sign an order to provide discovery on the trial date.

The Circuit Court's criminal procedural information can be found here and here.

Cellphones are not allowed in the courthouse

Virginia criminal lawyer Jonathan L. Katz repeatedly defends in the Manassa, Prince William County court, since 1999. To discuss your case with Jon Katz, in confidence, please call his staff for an appointment, at 703-383-1100.